A Korean homecoming for famed pianist

A Korean homecoming for famed pianist 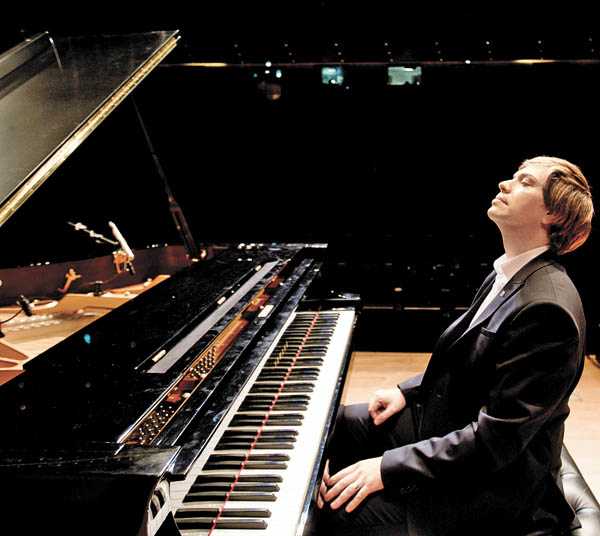 Canadian pianist Steve Barakatt, who has a large fan base in Korea, is holding a concert on Saturday to celebrate his 20 years of fame in Korea. [RAINBOW BRIDGE STORY]

Steve Barakatt is known as a romantic pianist who knows how to capture the hearts of female audiences across the world, but perhaps a bit more in Korea.

The Canadian musician’s relationship with Korea goes back 20 years. One of his most representative songs, “Rainbow Bridge,” which has been used in numerous TV ads and dramas in Korea, would certainly be familiar to even those who don’t know his name.

To celebrate his 20-year relationship with Korea, Barakatt will be holding a concert on Saturday at the Grand Theater in the Sejong Center for the Performing Arts in central Seoul. During the concert, which starts at 7 p.m., Barakatt will perform some of his hit songs, including “Rainbow Bridge,” as well as “Flying,” “Dreamers,” “Day by Day” and “He is from Seoul, She is from Pyongyang.”

The concert is especially titled “Ad Vitam Aeternam,” which in Latin means “to eternal life.” It is also the title of his latest symphony, in which he is the pianist, singer and producer.

And since Barakatt is known for collaborating with various K-pop artists such as John Park, Wheesung and Shayne, it’s anyone’s guess who will join the pianist for the upcoming concert.

For the Saturday performance, the Herald Philharmonic Orchestra will accompany the pianist under the baton of female conductor Kim Bong-mi.

“This concert will allow the Korean audience to begin the new year with a message of peace, love and hope that will be delivered through my concert,” Barakatt said through the concert organizer, Rainbow Bridge Story.