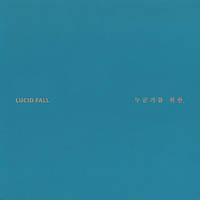 No frills, just a man with his piano or guitar, and occasional beats humming softly in the background.

Unlike the rather big promotional elements that accompanied the album release - such as a box of 10 tangerines and a postcard set included with the CD, as well as Lucid Fall donning a tangerine-shaped hat while promoting his album on a home shopping TV channel - the album is far less embellished and rather minimalist. But it works so well.

Lucid Fall’s voice is uncannily effortless and blends into the zen-like music. It’s hard to discern the start or end of a track, as the music turns into one continual dreamscape. At the same time, a few instrumental piano tracks, reminiscent of Debussy’s “Clair de Lune,” and tracks with jazzy saxophone interludes pleasantly take you on a world tour. To describe the aural cleansing as sublime would be an understatement.

Between the complementary tangerines and Lucid Fall’s music, it may be hard to decide which one is sweeter.