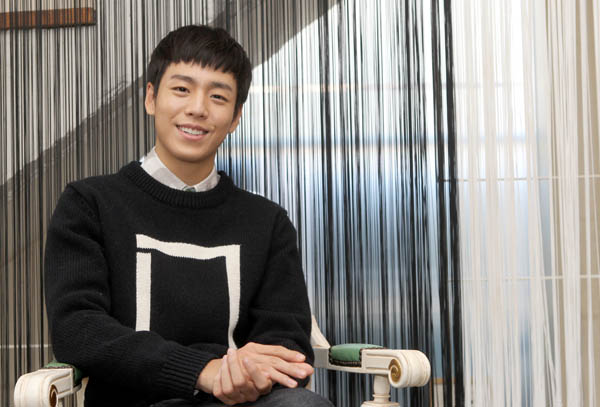 The actor’s agency, Keyeast Entertainment, said on Wednesday that Lee is an ardent fan of Louie and proposed the collaboration.

The 22-year-old has been trying his hand at music projects in recent years.

The actor sang “Ode to Youth,” one of the original soundtrack songs for the 2013 film “Secretly and Greatly,” and he also participated in another music project this year by featuring his voice on “It’s a Lie” by the K-pop duo O Broject.

Meanwhile, Lee will make a return to the small screen in January by playing a male lead in the drama series “Moorim School.”