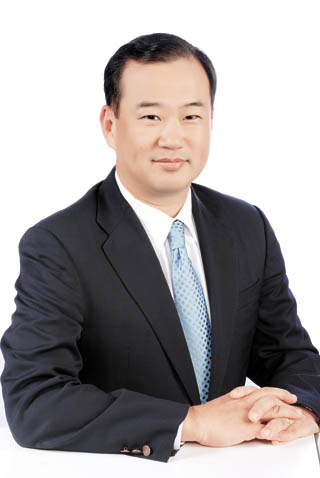 The management shuffle is the first major personnel change after the chain was acquired from Britain’s Tesco by a consortium led by private equity firm MBK Partners in September.

Most of his career revolved around the U.S. retail giant. He took the helm of Korea’s P&G operations from 2003 to 2008. He graduated from the University of Pennsylvania with majors in political science and economics.

Kim has the challenging task of steering the company out of a slump.

Former and current executives of Homeplus were also slapped with travel bans and investigated last year over allegations that personal information collected during prize giveaways was sold to insurance companies.

The CEO also needs to cope with strained relations with the company’s union, which is skeptical about management involvement by the private equity firm.

Homeplus said that Kim contributed to turning a profit at P&G’s operations in Southeast Asia.

“Kim took the lead to streamline the business in the region and sales quadrupled in four years,” the company said in a statement.