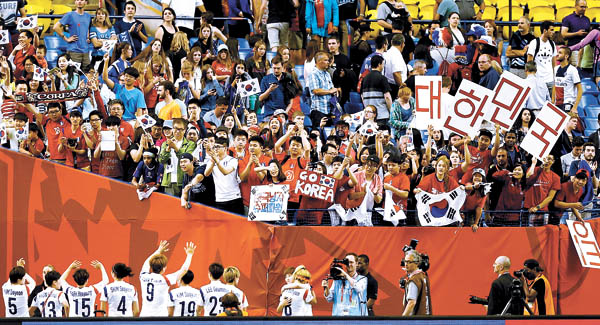 In June, the Korean women’s national football team made history by collecting its first-ever win in the FIFA Women’s World Cup and going to the knockout stage for the first time.

It took 48 years for the men’s team to nab its first win and reach the knockout stage, but the women achieved the same result in just 12 years.

In the 2015 FIFA Women’s World Cup in Canada, Korea beat Spain 2-1 in their final match of the group and advanced to the Round of 16 stage with one win, one draw and one loss. In the Round of 16, Korea was blanked by No. 3 France 3-0, but the women returned home with their heads held high.

The women’s team is now looking ahead to the 2016 Summer Games.