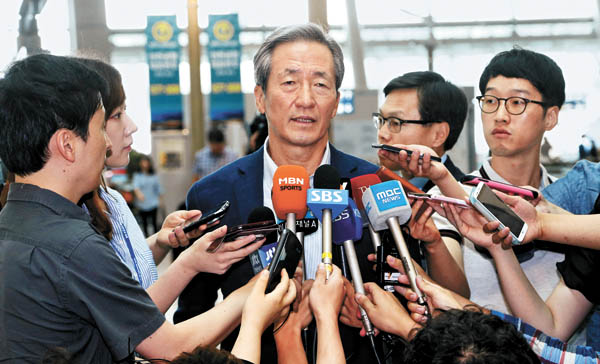 Chung has been highly critical of Blatter, who has been leading the world football governing body since 1998, as well as of UEFA President Michel Platini, who was considered the top contender for the president job.

However, Chung’s efforts ended in vain. While he claimed that FIFA hindered his campaign, he received a six-year ban from FIFA’s Ethics Committee on Oct. 8, which ruled that the 64-year-old violated FIFA codes during Korea’s bidding for the 2018 and 2022 World Cups.