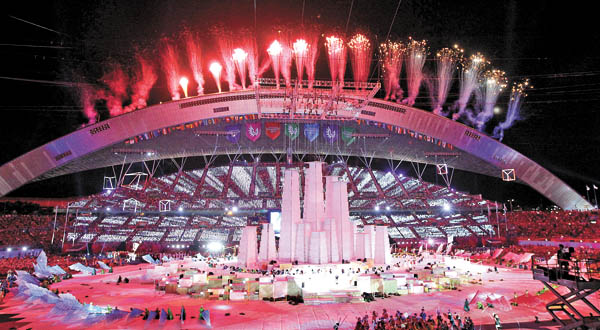 In July, Gwangju and nearby venues hosted the 28th Summer Universiade, which featured 12,885 athletes and officials from 143 countries.

Before the world university games started, there were concerns about whether it would be a success because the Middle East respiratory syndrome outbreak caused several countries to withdraw, while North Korea also decided to boycott just a week before the games. However, the event went off without any big problems. Korea collected 47 of the 272 gold medals awarded at the games.

In October, Mungyeong, North Gyeongsang, hosted the sixth International Military Sports Council World Games. It cost only 165.3 billion won ($142.3 million), making it one of the most economical sports events hosted by Korea.