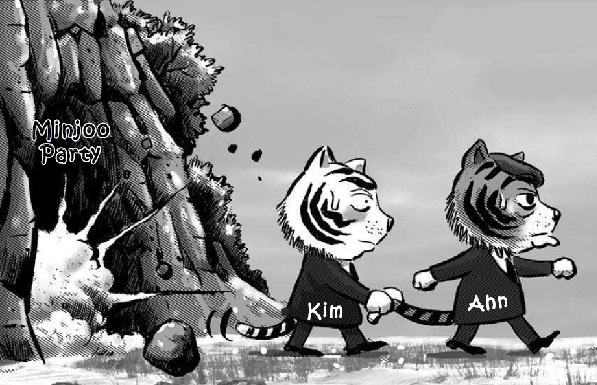 Kim Han-gill, former co-chairman of the New Politics Alliance for Democracy (NPAD), now the Minjoo Party of Korea, left the party he helped establish in 2014 with Rep. Ahn Cheol-soo. Ahn defected from the NPAD in December to create a third party dedicated to political reforms.