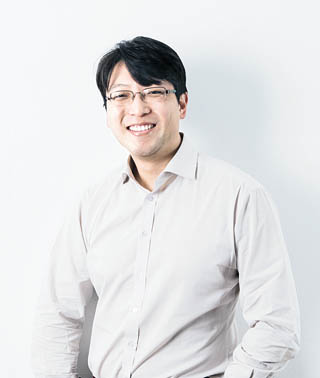 Choose the a curated flower bouquet or basket from a website, place an order and receive the delightful product at your doorstep in three hours within the Seoul metropolitan area.

It may sound like a typical service that a slew of web-based flower delivery companies already offer. But One Moment, a five-month-old start-up, wants to offer something different.

The company promises delivery within the trendy Gangnam, or southern Seoul, area in just 90 minutes. It also keeps in-house florists - including the chief, who made wedding bouquets for 12 years before joining One Moment - who begin working on the product instantly after an order is placed. They accept feedback from customers through photos sent by mobile phone to better cater to their design taste.

“Should the customer demand some adjustment with the completed product, which rarely takes place,” said Lim Gyu-hyeung, CEO and co-founder of One Moment, in a recent interview with the Korea JoongAng Daily, “we accept the request because it is part of customer service.”

The majority of Internet flower shops that promise nationwide delivery have contracts with wholesale stores in various regions and the products are ready-made in most cases.

The cost of flower bouquets and baskets from One Moment ranges from 39,000 won ($33) to 129,000 won, and some come with additional gift options such as a vase or handmade chocolate. The company receives 40 to 50 orders per day and monthly revenue averages 30 million won - an impressive performance for a fledgling start-up.

One Moment today is the result of trial and error. The 32-year-old entrepreneur who formerly worked as a journalist first launched an online gardening equipment and herb store earlier this year with his friend and co-founder Park Gun-tae. Park was running a start-up selling fertilizer.

The first business managed to make ends meet. But Lim soon realized there was not as much potential in the gardening industry

The pair quickly shifted focus to flower delivery, inspired by the success of BloomThat, an on-demand flower delivery start-up originating from the San Francisco Bay Area that has raised a combined $7.6 million revenue from Y Combinator as well as Ashton Kutcher’s A-Grade in just two years. Customers may subscribe to flower plans from interval of a week to a month.

One Moment raised 125 million won in seed funding from Primer, a Seoul-based early-stage venture capital firm, in just a month after its July launch, and is in discussion with other angels for additional investment, according to Lim.

“On-demand services typically require a lot of initial capital because it involves labor forces to connect products with people offline,” he said.

In the initial two months, the company experimented with online flower subscriptions, of which the market in Korea is currently dominated by two players: Kukka and Moooi. But Lim realized the services had several hurdles including quality control.

“Flowers are immensely affected by seasonal changes,” he said. “But customers demand consistent quality for the same price, which is impossible for us.”

He sees an immense growth potential in flowers, given an estimated 85 percent of the 3 trillion won annual spending on flowers goes to wreaths for congratulations and condolences. The average Korean adult spends an estimated 14,000 won on flowers a year, according to statistics from the Ministry of Agriculture, Food and Rural Affairs.

“Korean individuals tend to be stingy about buying flowers for daily use compared to the size of the economy,” said Kwon Young-gyu, head of the cut flowers department at the Korea Agro-Fisheries & Food Trade Corporation. “But the market is expected to grow constantly as the younger generation is increasingly becoming flower-friendly.”