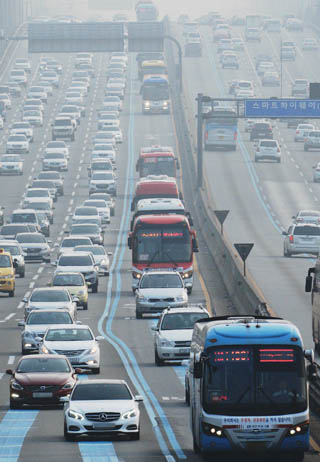 Cars stretch back at the Seoul Tollgate of the Gyeongbu Expressway on Sunday afternoon as the three-day New Year’s weekend neared its end. According to the Korea Expressway Corporation, about 3.15 million cars traveled around the country during the holiday weekend, and about 360,000 were expected to return to Seoul by Sunday evening. [NEWSIS]