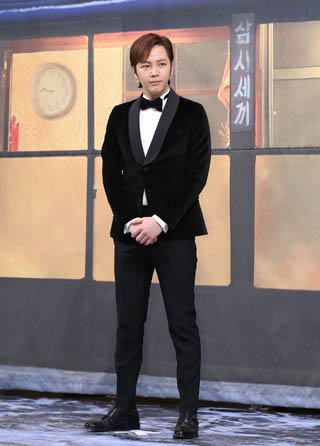 Actor Jang Keun-suk has been appointed as a public ambassador for the media art exhibition “Van Gogh Inside: Festival of Music and Light,” according to Tree J Company, which represents the 28-year-old actor.

“Some art exhibitions are hard to understand if we don’t have background information about the history and philosophy of the time, but I liked this exhibition because it is a media art exhibition and deals with many painters who are familiar to us,” Jang said in a press release.

The exhibition will kick off on Friday and runs through April 17 at Culture Station Seoul 284, located near Seoul Station in Jung District, central Seoul.

Meanwhile, Jang has been keeping a low profile since his last drama series, “Pretty Man” (2013).

He attempted to return to the small screen by appearing in the popular reality show “Three Meals a Day” early last year, but he pulled out of the show because of a tax evasion scandal.

During a recent exclusive interview with Star News, a local entertainment daily, Jang said, “I wish I could do more drama series in Korea this year.”

Thanks to his tremendous popularity in China and Japan, Jang is often dubbed the “Asian prince.”
By Sung So-young