A year of superior shows

A year of superior shows 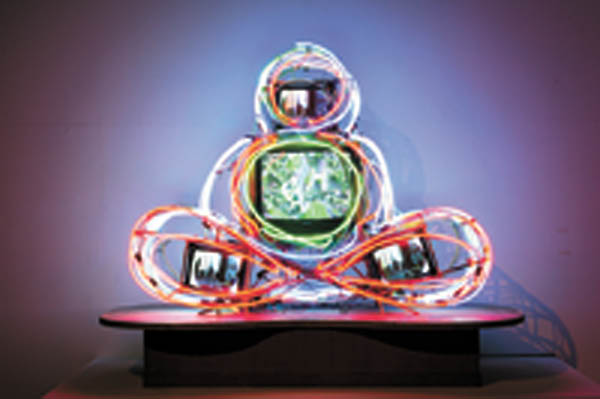 Nam June Paik’s “Neon Buddha.” Many museums will mark the 10th anniversary of the artist’s death with special exhibitions this year. [SAMSUNG MUSEUM OF ART]

With the 10th anniversary of Paik’s death on Jan. 29, several exhibitions are lined up. The first, “Paik Nam June Groove,” already opened at the Sejong Museum of Art in central Seoul and finishes on the anniversary.

One day before the anniversary, Gallery Hyundai in central Seoul will begin a one-month exhibition focusing on Paik’s 1990 performance. He held a gut, a traditional Korean shaman ritual to comfort spirits, in Seoul for Joseph Beuys, who led the avant-garde Fluxus movement with Paik and other artists and died in 1986.

And on Jan. 29, the Nam June Paik Art Center in Yongin, Gyeonggi, will hold an exhibition that features Paik’s legacy alongside the works of contemporary Korean artists. The show will continue through early July. 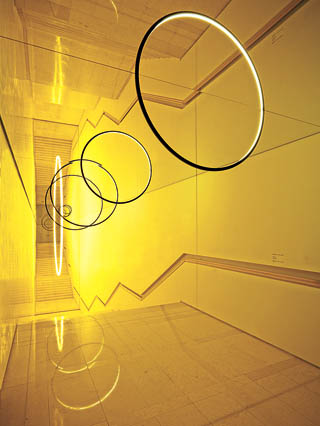 Olafur Eliasson’s site-specific installation “Gravity Stairs” (2014) at the Leeum, Samsung Museum of Art. His solo show will start at the museum in October. [LEEUM]

Last year the art center joined with the Kansong Art and Culture Fountain - famous for housing about 5,000 Korean artifacts including 12 National Treasures - and the Dongdaemun Design Plaza (DDP) to create a unique exhibition that combines Paik’s works with traditional Korean art. This year the show will open at DDP in central Seoul in November.

And the Seoul Museum of Art in central Seoul also plans to launch an exhibition on Paik in June.

“Paik is still undervalued in the global art scene compared to his achievement,” Suh Jinsuk, director of the Nam June Paik Art Center, told the Korea JoongAng Daily. “I hope the exhibition will help not only the Korean public but also global art critics and historians understand the artist better.” 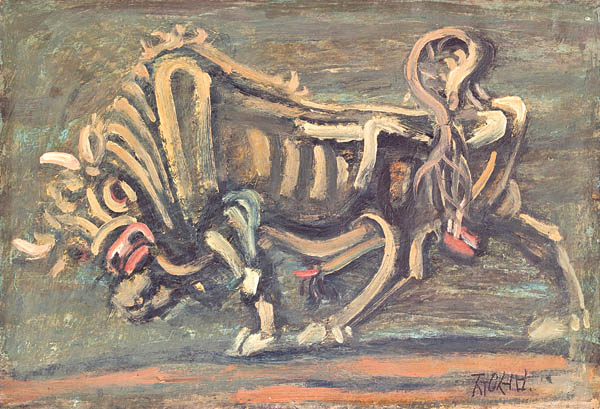 “Bull” (circa 1953) by Lee Jung-seob. The National Museum of Modern and Contemporary Art will hold a retrospective of the artist to celebrate his 100th birthday. [SEOUL MUSEUM]

Two other important Korean artists - Lee Jung-seob (1916-56) and Yoo Young-kuk (1916-2002) - will be the subject of exhibits at the National Museum of Modern and Contemporary Art, as their 100th birthdays fall this year.

The museum’s Deoksu Palace branch will hold a large-scale retrospective of Lee from June 1 to Sept. 25. “It is our first retrospective of Lee,” the museum said in a press release. “We have gathered as many fragments of Lee as possible to enable a view of his oeuvre.”

The museum described the works as “fragments” because the pieces by Lee, who died young and in poverty, were scattered among diverse collectors and could not be studied fully until now. Today Lee is one of the best-loved Korean modern painters for his paintings of Korean motifs in Western Fauvist or Expressionist style.

After this, the museum will hold a retrospective of Yoo from Oct. 14 to Feb. 5, 2017. Yoo, regarded as one of Korea’s most important first-generation modern painters along with Lee, is famous for abstract paintings filled with bold-colored geometric shapes.

The 1980s’ minjung misul movement will also be celebrated this year, as major art galleries such as Gana Art Gallery and Hakgojae are preparing exhibitions. In the ’80s, the Korean art scene was clearly divided into two major movements: minjung misul, social realist paintings with strong and literal political messages, and dansaekhwa, or monochrome abstract painting with unique textures that have been attracting global attention over the last few years.

As for foreign artists, the Leeum, Samsung Museum of Art will kick off a large-scale exhibition on Olafur Eliasson in October, and the Kukje Gallery will open a solo show of Indian-born artist Anish Kapoor in September.