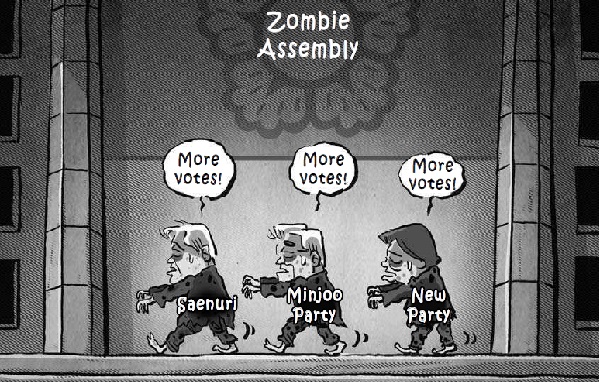 A fierce battle among the ruling Saenuri Party, the opposition Minjoo Party of Korea and a new party led by Rep. Ahn Cheol-soo to redistrict current constituencies to their advantage has paralyzed the National Assembly after the existing districts were nullified as they failed to compromise before the deadline. [PARK YONG-SEOK]