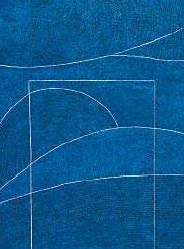 To Sunday: The exhibition features 22 works that Korean abstract-art pioneer Kim Whanki (1913-74) created during his so-called New York period (1964-74). Kim’s abstract paintings from this period, in particular the so-called dot paintings, are regarded as the most important works by the artist. The large-scale oil-on-cotton paintings are filled with tens of thousands of round dots, surrounded by layers of square borders that spread and smoothly permeate the cotton.


AN HOMAGE TO KOREAN ARCHITECTURE: WISDOM OF THE EARTH 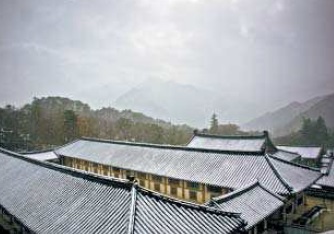 To Feb. 6: The exhibition started from a project to publish a photographic collection of Korean architecture. So it features the images of old Korea’s architectural masterpieces including Bulguk Temple, the shrine of Jongmyo and Changdeok Palace by six famous contemporary Korean photographers: Joo Myeong-duck, Bae Bien-u, Koo Bohn-chang, Kim Jae-gyeong, Seo Heun-kang, and Kim Do-kyun. But it is not only a photo exhibition. The museum has juxtaposed the photos of iconic buildings with the paintings of them by old masters, old maps of the sites where they were built and 3-D-scanned images and models.

Admission is 5,000 won for adults. Admission for elementary, middle and high school students is free on weekdays. The museum is closed on Mondays. Go to Hangangjin Station, line No. 6, exit 1, and walk for five minutes. 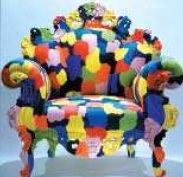 To Feb. 28: For his Korean fans, world-renowned Italian architect and designer Alessandro Mendini has organized a large-size exhibition, the biggest in Asia according to the organizer. The exhibit features about 600 works in a “labyrinthine interweaving of the poetic and the theoretic,” showing Mendini’s works, his inspirations, design thinking and so on. The highlights include the various versions of the Poltrona di Proust - the chair Mendini created in 1978 and which has become an icon of postmodern design - including an enlarged version. And other giant monuments he created for the Fondation Cartier pour l’Art Contemporain are among the exhibits. 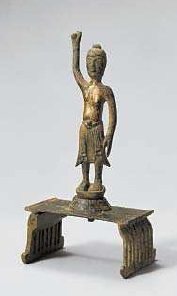 For an indefinite period: Horim Museum is home to some 15,000 artifacts, including eight state-designated National Treasures, 52 Treasures and 11 city-designated cultural properties. The museum’s Sinsa-dong branch, the Horim Art Center, in November launched a new permanent exhibition that lets people enjoy many of these ancient Korean masterpieces at once.

The show includes three national treasures including the “White Porcelain Lidded Jar with Plum and Bamboo Design in Underglaze Cobalt Blue” (National Treasure No. 222) and 19 treasures including “Gilt-Bronze Standing Sakyamuni Buddha at Birth” (Treasure No. 808). The items on display at the exhibition will partially change every six months.