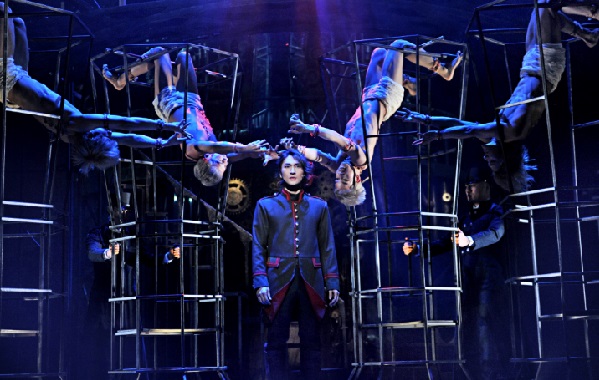 To Mar. 20: “Frankenstein” took Seoul by storm when it premiered last year. It won nine awards, including Musical of the Year, out of 10 nominations it received for the 2014 The Musical Awards.

To Friday: The all-time favorite musical, celebrating its 30th year since its original Broadway debut, is returning. Based on the novel by French writer Victor Hugo, the story of Jean Valjean and his quest for redemption in the midst of a national revolution has spawned several adaptations.

The latest Korean production is giving the show an upgrade, breaking away from the traditional stage setting in favor of a runway-like hanamichi stage, which gives the audience a better view of the action.

To Sunday: “Werther” is a musical production based on the opera by composer Jules Massenet. The story centers on the love triangle between Werther, a young poet; Charlotte, who is charmed by Werther’s charisma; and Albert, Charlotte’s fiance. Werther and Charlotte fall in love when Werther serves as Charlotte’s escort for a ball, in place of Albert who had to be away.

To Jan. 31: After last year’s Korean premiere at the Seoul Arts Center, “Gone With the Wind” is returning. This timeless tale centers on the tangled, turbulent love triangle between Southern belle Scarlett O’Hara, charming gent Rhett Butler and the sweet yet unattainable Ashley Wilkes, while touching on the themes of slavery, war, belonging and displacement.

Friday to Jan. 31: This family-friendly doll production of “Swan Lake” is filled with all sorts of adorable animals live in action. The production centers on a girl, Ye-sul, who ventures into a fantasy world hidden in the woods along with her animal friends. But in the middle of her adventure, she is turned into a swan, and to break the curse, she must earn the fox’s true love.

To Feb. 28: After five years of preproduction, the Korean version of “The Orchestra Pit” is finally hitting the stage. This meta-comedy sketch, which originally debuted in Japan in 2000, provides a behind-the-scenes look at the lives of musicians in a pit orchestra. The production features several prominent silver screen actors, including Hwang Jung-min, who most recently starred in the megahit films “Veteran” and “The Himalayas,” as the conductor.

To Mar. 6: This musical adaptation of the Gothic romance novel by Daphne du Maurier tells the story of Mrs. Danvers, who falls in love with the mysteriously enchanting Maxim de Winter at first sight. But their wedding and the new bride’s arrival at De Winter’s residence is far from the happy, worry-free scenario the new bride had in mind. The Korean production of the musical premiered in 2013 and won five awards at the Annual Music Awards. Ryu Jung-han will reprise his role as Maxim, and Shin Young-sook as Mrs. Danvers.