FDI hits record amount for 2nd year in a row

FDI hits record amount for 2nd year in a row

According to the Ministry of Trade, Industry and Energy on Wednesday, the final figure for FDI registered with the government was up 10 percent from a year before, and the amount actually arrived in the country also reached a record high of $15.95 billion as of Monday, up 32.3 percent compared to 2014.

Despite the record high, the growth of FDI in Korea slowed last year. The growth in 2014 from a year earlier was 30.6 percent. Investment grew thanks to the Korea-China Free Trade Agreement, which went into effect in late December, and business cooperation with Middle Eastern countries after President Park Geun-hye’s visits. 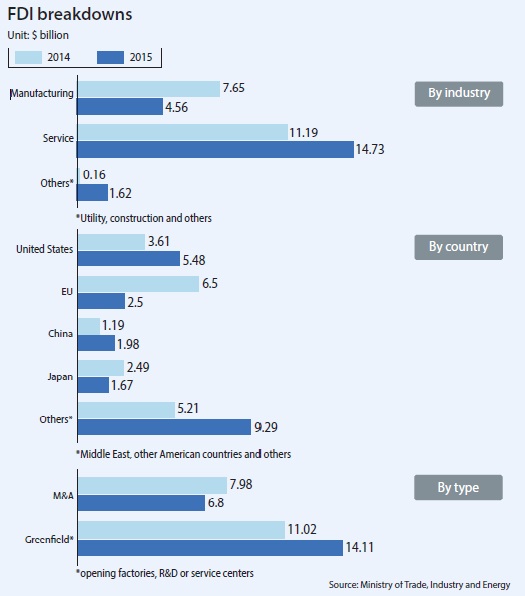 By region, newer investors including the Middle East invested $9.29 billion, and the United States - the top investor in Korea - invested $5.48 billion. Investment by EU countries was slashed nearly in half due to problems in the European economies, while FDI from Japan was also shaved due to a weak yen.

The Trade Ministry was hopeful for 2016 because advanced markets like the United States and European Union are expected to show stronger economic growth this year. The ministry expects total FDI to remain near the $20 billion mark. 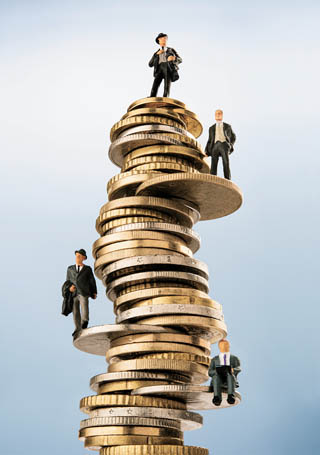 The government is encouraging companies in the United States, European Union and Japan to acquire Korean companies or build new factories in Korea to produce products for the Chinese market.

“These products can be high-end consumer products, food or cultural content, which China’s deep-pocketed consumers have a high demand for, or products that take advantage of the ‘Made in Korea’ reputation for reliability,” said Choo So-ryeong, director of the investment attraction department at the Trade Ministry.

The Saemangeum Free Economic Zone in Gunsan, North Jeolla, and the Iksan Food Industry Cluster, also in North Jeolla, are ideal places to invest in, the ministry said. Cosmetics makers in the United States and Italy, as well as global food makers, have shown interest in investing there, according to Choo.

Last year, the ministry failed to focus its investment attraction initiatives on these advanced markets, holding only nine investor relations events. It aims to expand the number of such events to 12 this year.