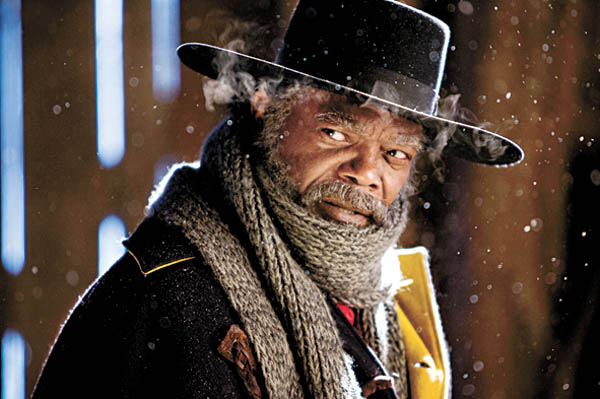 Filmmaker Quentin Tarantino goes all in for his eighth feature film, which he both wrote and directed, titled “The Hateful Eight.” Set in post-Civil War Wyoming, the film chronicles a convergence of eight strangers on one stormy winter night.

It starts with Major Marquis Warren (Samuel L. Jackson), a former black Union soldier now turned bounty hunter, stranded out in the snow with a dead horse and three dead fugitives he caught.

As a horse carriage passes by, within which is John Ruth (Kurt Russell), another bounty hunter on his way to Red Rock in order to turn in a fugitive he caught, Daisy Domergue (Jennifer Jason Leigh).

After initial bickering, Ruth takes Warren into the carriage with them.

Along the way, the trio stumbles upon Chris Mannix (Walton Goggins), the newly appointed sheriff of Red Rock. Arguing that the bounty hunters would not be able to turn in their fugitives nor be rewarded without him, Mannix earns a seat in the carriage as well.

As the storm gets harsher, the team makes a stop at a lodging called Minnie’s Haberdashery.

But rather than the usual hosts Minnie and sweet David, the four meet another set of four strangers already settled in for the night.

What starts as a cozy stay and mingling among these strangers at Minnie’s turns into the deadliest night ever. 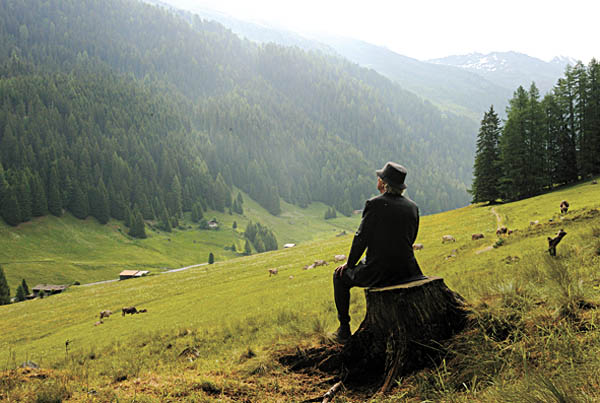 A trio of veteran filmmakers joined forces for the new drama “Youth.”

The film delves deep into the meaning of youth, carried out by experienced actors Michael Caine and Harvey Keitel.

Caine plays the lead role, Fred, a retired orchestra conductor who is spending his old age in a luxurious resort residing in a valley of the Swiss Alps, where he is occasionally visited by his daughter (Rachel Weisz).

He is talented enough to directly receive an invitation from Queen Elizabeth II to play his most well-known piece “Simple Songs” at her birthday concert.

Meanwhile, Harvey Keitel plays his old-time friend Mick, a washed-out film director who is looking for inspiration for his next film.

Their daily routine consists of nothing in particular besides eating, sleeping, receiving massages and swimming. Their biggest concern is how much they urinated each day.

But on their long strolls in the spring time in the Alps against the breathtaking natural backdrop, the two reflect on their pasts which include the most glorious days of their careers to their most hurtful memories of love and family.

Endlessly featuring the beautiful landscape of the Alps with fitting classical music, the film will fulfill the artistic desires of art-house film aficionados.

`“The Brand New Testament” offers an eccentric interpretation of who God is. And according to this film made by Jaco Van Dormael, he is a heartless jerk living in a three-bedroom apartment in Brussels with his wife and a 10-year-old daughter named Ea (Pili Groyne).

In front of his outdated computer, God (Benoit Poelvoorde) controls the world with almighty power. However, instead of looking for a way to bring happiness to the people like the God in “Bruce Almighty” (2003), Dormael’s version of God feels joy by making others miserable.

Stuck inside his room, God invents patterns to bring about disasters in the human world and plants seeds of trouble.

However, Ea, who is the only conscious being in the house, thinks things shouldn’t be this way and finds a way to take revenge on her father. Her solution is text-messaging every human being on earth the exact date they will die.

How will God restore order in the wake of this chaos? 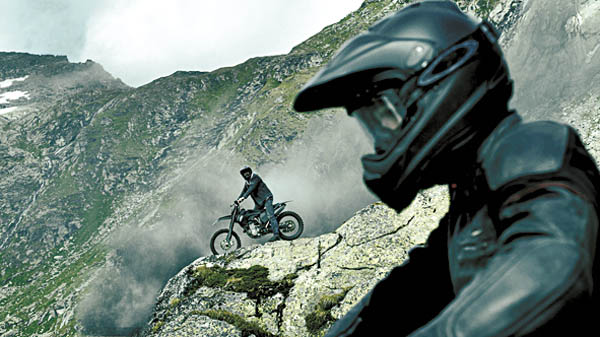 A remake of a 1991 film of the same name which gave an immense boost to Keanu Reeves’s popularity, this time stars relatively unknown faces like Edgar Ramirez and Luke Bracey.

However, their film directed by Ericson Core is no less thrilling or extreme compared to the original.

Strongly recommended for enjoyment at 4DX theaters, the film follows a group of criminals who attempt one life-risking heist after another, such as releasing a brick of cash from an airplane and forcing themselves to dive down to an underground cave.

Their daring attempts, according to them, are not for their own convenience, but a way of reaching nirvana, finding a way to co-exist with the nature.

However, along the way, he is convinced of their way of living and actually reaches enlightenment while jumping off of a canyon wearing a flying-squirrel suit and snowboarding down the unpaved mountains.

Will Utah be able to break out of their rule-breaking methods and live up to his mission as an FBI agent?

After breaking a number of records as an R-rated film, Woo Min-ho’s Webtoon-based political thriller “Inside Men” has been released as a director’s cut that is 50 minutes longer than the original one.

You might say that watching the same movie two times just to see that additional 50 minutes is a waste of money, but so far it is doing well in the box office, ranking second after the No. 1 “The Himalayas.” 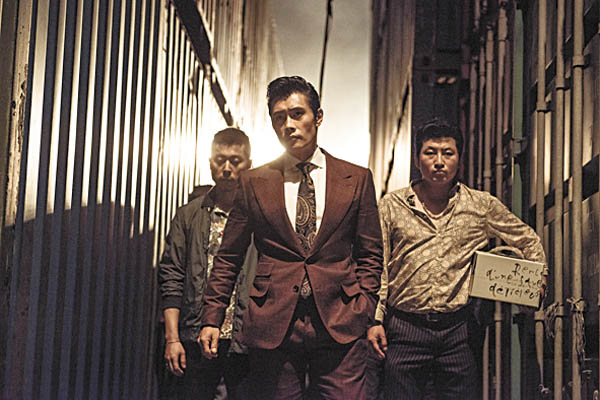 One of the most interesting part focuses on Sang-gu, showing how he became a member of the political gangster group in the first place and formed a relationship with Lee Kang-hee.

Those stories, which were just vaguely hinted in the original movie, are clearly laid out in the uncut version, helping the audience to put the puzzling plot line together.

The Good Dinosaur (All)

Celebrating the 20th anniversary since Disney and Pixar started to work together, its 16th feature “The Good Dinosaur” will once again enchant both young and grown-up cinema-goers.

Directed by Peter Sohn, the first Korean-American director at the international animation studio, “The Good Dinosaur” revolves around an unlikely companionship of a timid dinosaur named Arlo and an untamed cave boy named Spot.

The film starts from the interesting premise of, what if the asteroid missed the Earth in prehistoric times and the dinosaurs survived, leading them to co-exist with humans.

Arlo, a good-hearted herbivore, has spent his life protected by his family. But one day, he is accidently stranded on an isolated area and needs to learn to survive in the jungle by himself. But despite his massive size, Arlo is afraid of other animals and frequently gets into dangerous situations. Then one day when he is again cornered, a wild boy appears and saves him. From then on, the two form a loyal friendship.

On top of the heartwarming story, the film shines with its visual brilliance when depicting the sublime nature of the western part of America.

Korean animator Kim Jae-hyung participated in the filmmaking as well.

* More information is available on the websites listed below