Girl group Kara on the verge of breaking up

Girl group Kara on the verge of breaking up 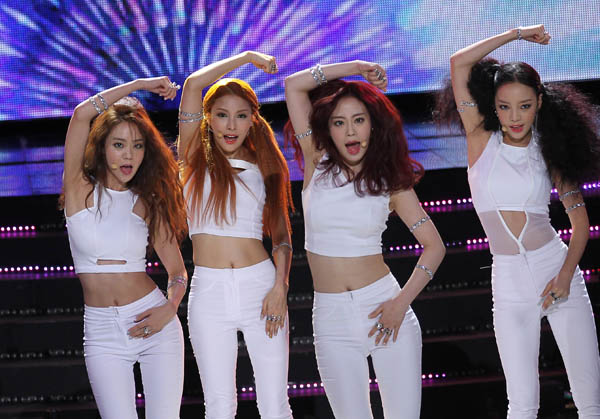 The K-pop girl group Kara will break up when the contracts of three members - Goo Ha-ra, Han Seung-yeon and Park Gyu-ri - expire in early February. The three members are reportedly in talks with other agencies to move on to other companies.

“Nothing has been decided about the breakup of Kara,” said a person working at DSP Media, which represents the four-member girl group.

The entertainment agency refuses to give a clear answer on the status of Kara, but industry insiders say the breakup is a fact.

If the three members leave Kara, Heo Young-ji, who joined Kara in August 2014, alone will remain, but it is almost impossible for her to keep performing as Kara without the other members. Heo replaced her predecessor, Nicole, who refused to extend her contract with DSP Media.

Kara broke into the music scene in 2007 and has had many hit songs, including “Mister,” “Lupin” and “Jumping.”

The girl group has also enjoyed tremendous popularity in Japan since it advanced into the country in 2009.

But Kara began to go downhill in 2011 after some members said they would leave. They were not content with the income distribution with their agency.

“We’ll soon give you specifics on the future plans of Kara and Heo,” the person at DSP Media said.