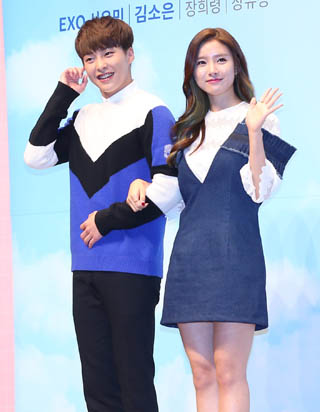 “Falling for Do-jeon” has earned 21.1 million views as of December last year.

“Exo Next Door,” featuring 10 members of the boy group, ranked second, and “I Order You” starring TVXQ’s Yunho came in third.

“We Broke Up” and “Splash Splash Love” landed in fourth and fifth place. The former features Sandara Park of girl group 2NE1, and the latter has Yoon Doo-joon of boy group Beast.

“The drama series cast idol singers in order to gain a stable footing among K-pop fans, and they received favorable feedback as a result,” Cons TV said in a press release on Wednesday.

The company added that a total of 67 web drama series were produced last year, 32 of which cast idol singers.