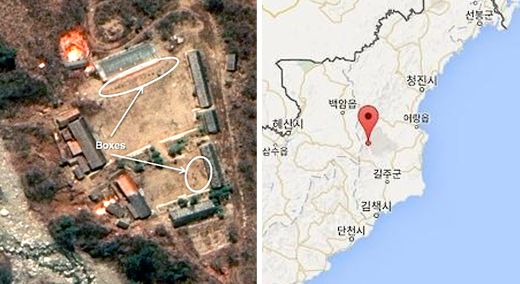 
Pyongyang claimed to have conducted a successful hydrogen bomb test Wednesday morning.
According to a report on state-run Korean Central Television, North Korea announced it “successfully tested the first hydrogen bomb at 10 a.m.,” Pyongyang time, after a massive tremor was detected in the country earlier in the day.

The report added that the test had “completely confirmed the accuracy of its technology” and proved that it was able to miniaturize an H-bomb.
In December, North Korean leader Kim Jong-un claimed his country had the ability to detonate an H-bomb.

North Korea did not notify Beijing or Washington beforehand, it appears, unlike in previous tests.
A seismic event with a magnitude of around 4.9 was detected in North Korea Wednesday morning, according to officials in Seoul.

The Korea Meteorological Administration said the earthquake, which happened around 9:30 a.m. could have had an artificial cause.
Other international agencies also detected the earthquake including the European Mediterranean Seismological Center and the China Earthquake Network Center also described it as a suspected explosion. The European Mediterranean Seismological Center said the magnitude was 5.1.

A South Korean Foreign Ministry official said the location of the earthquake appears to be around the Punggye-ri site which is in Kilju, North Hamgyong Province.
That is where the North conducted its previous nuclear tests in 2006, 2009 and 2013.
The Blue House convened an emergency meeting with relevant ministers Wednesday morning, and Seoul said it is also cooperating with the United States and China to determine what took place.