Actress Hwang Jung-eum to get hitched

Actress Hwang Jung-eum to get hitched 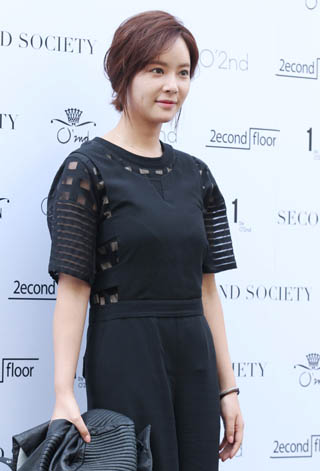 Actress Hwang Jung-eum of the drama “She Was Pretty” will marry a businessman who runs a steel company.

C-JeS Entertainment, which represents the 31-year-old actress, said on Thursday that Hwang and her fiance will tie the knot on Feb. 25 at The Shilla Seoul, located in Jung District, central Seoul.

The five-star hotel is often used as a wedding venue for celebrities.

“Hwang will continue to work on various projects after getting married,” the agency said in a press release.

Hwang and her fiance, Lee Young-don, have been dating for six months.

The actress’ relationship became public in December after paparazzi photos of Hwang and her fiance were published by a local entertainment news agency.

“The parents of Hwang and Lee wanted them to get married as quickly as possible after their relationship went public,” the press release added.

Hwang debuted in 2001 as a member of the now-defunct girl group Sugar, but she was overshadowed by other group members.

But she soared to stardom after appearing on the popular reality TV show “We Got Married” with her former boyfriend and singer Kim Yong-jun of the K-pop trio SG Wannabe in 2009.

Since then, she made the transition into acting and is now a successful actress.

The actress had an especially prolific year in 2015.Hwang played the lead role in two drama series - “Kill Me, Heal Me” and “She Was Pretty” - that were much-loved by drama fans.