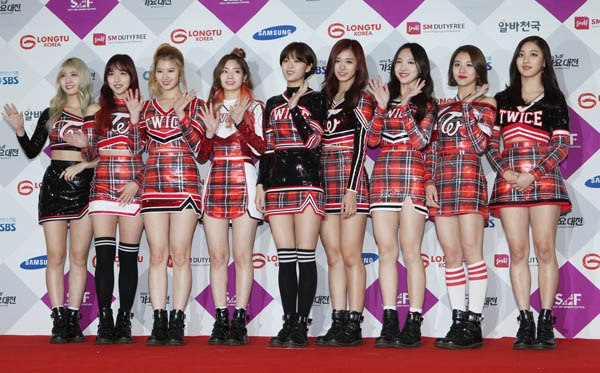 The girl group Twice is planning to perform “Like Ooh-Ahh” again on Saturday and Sunday.

Although the debut song from the nine-member K-pop group was originally released in October, JYP Entertainment, which represents the newbie act, said it has decided to perform the song again “to express its gratitude toward fans.”

Twice officially wrapped up promotion for “Like Ohh-Ahh” a month and a half ago, but the song began to climb online music charts recently.

In November, the song was included among the top 10 most-streamed songs on major music portals, and it even advanced to fifth place this month.

Twice will appear on MBC’s “Show! Music Core” on Saturday and SBS’s “Inkigayo” on Sunday.

Twice consists of both Korean and Chinese members.