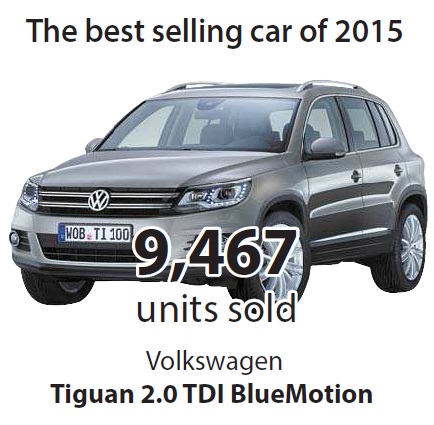 It seems as though the Volkswagen scandal did little to deter Korean consumers in their pursuit of foreign cars, as their annual sales reached an all-time high last year.

According to the Korea Automobile Importers & Distributors Association (Kaida) on Thursday, 243,900 imported cars were sold in 2015, a 24.2 percent increase from a year earlier.

This is not only the largest number of imported vehicles sold in Korea since the market opened nearly three decades ago, but it is also the first time annual sales have exceeded 200,000 units.

In December alone, 24,366 foreign cars were sold, which not only accounted for 10 percent of overall import sales last year but also set an all-time record for monthly sales.

The market share of imported brands has also reached a new record 15.53 percent, in stark contrast to the shrinking domestic sales of Korean cars.

Many expected sales of imported brands - particularly Volkswagen - would drop after the U.S. Environmental Protection Agency found the German automaker had tampered with emissions testing for its diesel vehicles. Volkswagen’s sales tumbled in October but eventually recovered thanks to the company’s aggressive marketing, which included discounts.

Overall, BMW did the best among foreign brands by selling 47,877 cars last year, its seventh straight year at the top in Korea.

It was clear that German brands continue to dominate the import market, as their combined market share accounted for 68.5 percent, even though that was slightly less than 2014’s 69.4 percent.

Among the top five brands, four were German, with Ford taking fifth place. The second-most popular brand was Mercedes-Benz, which fell slightly short of rival BMW, with 46,994 cars sold last year. Volkswagen came in third after selling 35,778 vehicles, while Audi was fourth with 32,538.