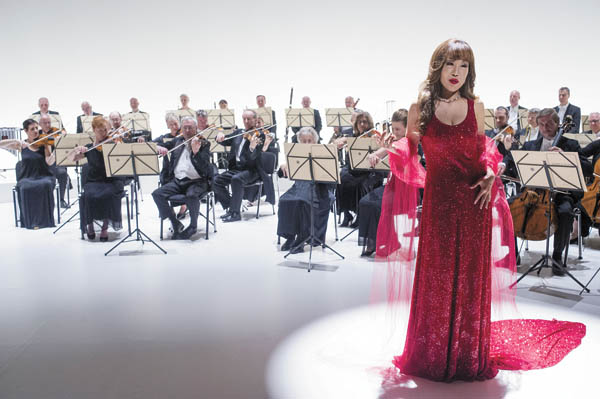 “Simple Song No. 3” sung by soprano Sumi Jo in the film “Youth” has been nominated for best original song for the 73rd annual Golden Globe Awards. [GREEN NARAE MEDIA]

The elegant aria sung by world-renowned soprano Sumi Jo in the film “Youth” has been nominated for best original song for the 73rd annual Golden Globe Awards.

The awards ceremony will take place on Sunday in Los Angeles.

In the film, written and directed by Academy Award winner Paolo Sorrentino, Jo sings “Simple Song No. 3,” which was written by concert composer David Lang, who also scored the film.

Jo plays herself in the movie, which opened in Korean theaters on Thursday. 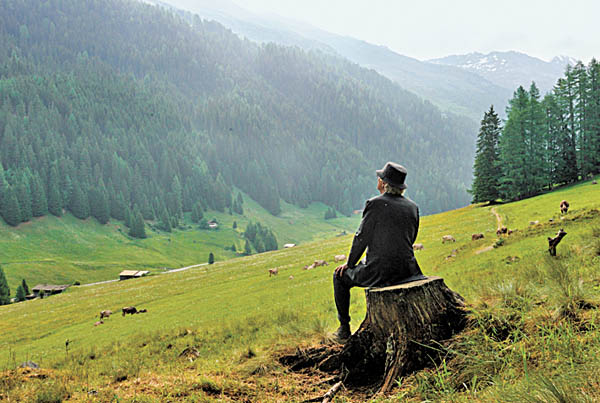 Michael Caine stars in a film about a retired orchestra conductor on holiday in the Alps, reflecting on his life.

The Italian comedy-drama is about retired orchestra conductor Fred Ballinger who is on holiday with his film director-best friend in the Alps, reflecting on his life.

The song performed by Jo, backed by the BBC Concert Orchestra, lasts six minutes, but it plays a pivotal role in the film. Against the backdrop of the song, Ballinger reaches an epiphany in his intense struggle between age and youth. The JoongAng Ilbo recently met with Jo in Los Angeles.

Q. What prompted you to appear in the film?

A. I was deeply moved by Paolo Sorrentino’s “The Great Beauty” (2013). So when I was contacted [by the casting crew] about the role in “Youth,” which was just right for me, I said yes gladly. I was happy to hear that the director liked my voice. But working with him, I learned that he is a perfectionist and extremely charismatic. I was reminded of Herbert von Karajan in his younger years.

Many seem to be moved by “Simple Song No. 3.” What was it like performing it?

Yes. It’s like Bach’s music in that it sounds simple on the surface but is actually highly complex. We recorded the song in London before the shooting, and I found it such a big challenge to perform in a way that is suitable for the grand finale of the movie.

When we were shooting, it was very important for me to keep exchanging eye contact with the conductor and expressing every moment of it.

I could feel that he was a natural. He also told me that he keeps tabs on news related to Korea, as he had participated in the Korean War [1950-53].

Were there any artists that you particularly associated with in the film?

Definitely Fred Ballinger. As I get older, I do think about my retirement - when it will be and so on. That’s why how the “youth” Ballinger feels in his old age in the film struck a chord with me.

It’s a masterpiece. Anybody who even for once pondered on loneliness or their life in old age will truly understand the meaning of the film.