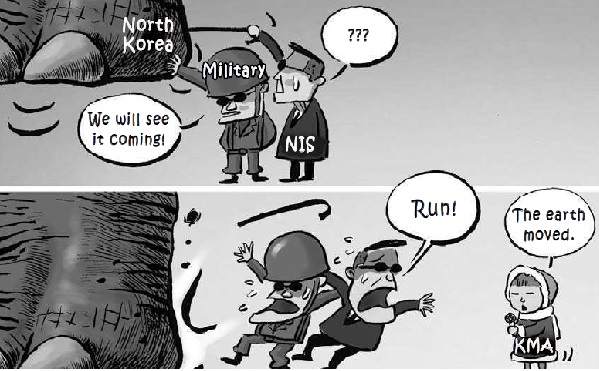 The military claimed last year that it would be able to detect a North Korean nuclear test a month in advance. But the National Intelligence Service only became aware of the supposed hydrogen bomb test on Wednesday after the Korea Meteorological Administration reported seismic shockwaves. [PARK YONG-SEOK]