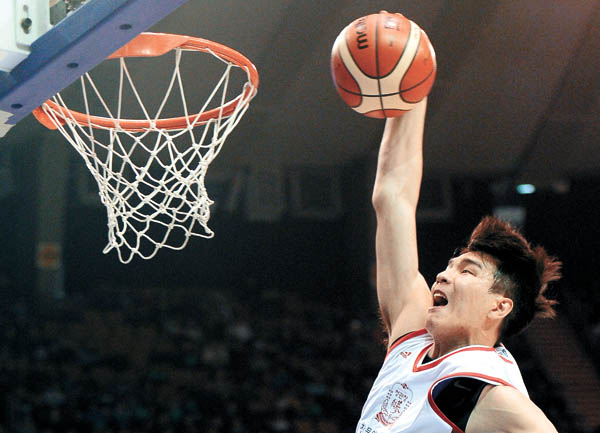 Changwon LG Sakers center Kim Jong-kyu dunks during the Korea Basketball League All-Star Game dunk contest at Jamsil Gymnasium in Seoul on Sunday. Kim was the winner of the event among local players, while the Busan KT Sonicboom’s Marqus Blakely was the champion among foreign players. The Sonicboom’s Cho Sung-min took home first in the 3-pointer shooting contest. In the All-Star Game, the Senior team, comprising players born before 1988, beat the Junior team 107-102. Seoul SK Knights guard Kim Sun-hyung, who played for the Senior team, was voted the All-Star Game MVP for the third season in a row. [NEWSIS]