Mini-album on the way from Park Yoo-chun

Mini-album on the way from Park Yoo-chun 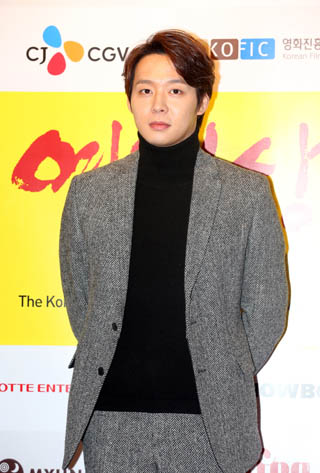 Park Yoo-chun, a member of the K-pop trio JYJ, will release a mini-album on Jan. 18, even though the singer is currently serving in the military.

C-JeS Entertainment, which represents the 29-year-old singer-actor, said on Friday that it is Park’s first solo album since his debut in 2004.

According to the agency, the mini-album is titled “How Much Love Do You Have in Your Wallet?” and includes six songs.

“Park was busy doing drama series and films before his enlistment, but he recorded songs one by one before he joined the military service,” C-JeS said in a press release.

“Park said he wanted to do something for his fans while he was away and decided to work on the solo album. He likes to listen to acoustic indie music, thus this solo album is filled with this type of music.”

Most of the songs from “How Much Love Do You Have in Your Wallet?” are lyrical ballad songs, and Park joined hands with Japanese pianist Yuhki Kuramoto for one of the tracks.

Musician Yojo, often referred to as the queen of the indie music scene, lent her voice to one of the songs.

C-JeS added that the mini-album also includes a live version of “Walk With Her in the Spring,” which was written and composed by Park. Park sang the song only once during his 2013 Japan Tokyo Dome concert.

Park enlisted in the Army last August. He will finish his mandatory service next year.

Before his enlistment, Park had a prolific career in films and drama series apart from performing as part of JYJ.