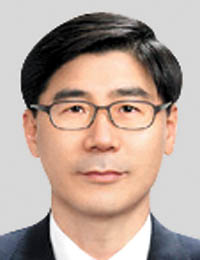 Woori Bank will have to look for new owners in Europe and Singapore, as its latest talks with three Saudi Arabian sovereign funds over a possible sale have collapsed.

According to the Public Fund Oversight Committee under the Financial Services Commission (FSC) on Sunday, talks with Abu Dhabi Investment Company (ADIC) and two other Saudi funds have “phased out.”

“The Middle East sovereign funds have shown lukewarm responses to the deal,” said Yoon Chang-hyun, head of the committee. “None of them is willing to conduct due diligence on Woori Bank, and the possibility of them winning the negotiation has phased out.”

The deal began in August 2015 when ADIC contacted Woori Bank by sending a letter of intent after the FSC announced its renewed plan for the sale.

After four failed attempts to privatize the bank since 2010, the financial authority has given up any hope of selling a 30 percent stake to a single buyer. Instead, it plans to split 30 to 40 percent of the bank into small parcels for sale to multiple investors, who will jointly manage Korea’s second-largest bank by assets. The maximum stake for each buyer will be capped at 10 percent, with the minimum at 4 percent. The multiple shareholders will exercise management rights over the bank jointly. The remaining shares will be sold to individual investors who will hold no management rights.

ADIC and the two other funds discussed acquiring 15 to 30 percent of KDIC’s stake when they met with Jeong Chan-woo, vice chairman of the FSC, in late August.

But due to adverse economic conditions in the Middle East stemming from falling oil prices, the Saudi investors have gotten less aggressive and have been withdrawing investments in overseas funds or canceling new investments to help narrow government deficits.

After the trip to Europe, Lee will head to Singapore and Hong Kong to drum up interest.

It is the first time that the bank’s president has held such events in the push for privatization.

“It is rare for a CEO to take the lead in overseas investor relations events, which reflects his firm desire for investors to learn about the bank and its performance.”

The sales process led by the FSC has been too slow, which is why Lee has decided to take action himself, the spokesman added.

The CEO hopes to find one or more owners for the bank, considering the recovering European financial market following years of quantitative easing.

But with interest rate hikes by the U.S. Federal Reserve anticipated this year and the current Chinese slowdown, success of the deal remains in question.

The FSC has maintained that each of Woori Bank’s shares should be sold for a minimum 13,500 won ($11) to recoup the public funds invested into the bank. Its share price was 8,540 won as of Sunday.