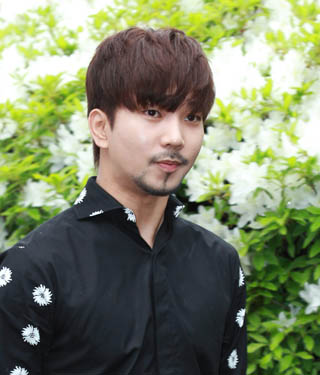 G.O., a member of the boy group Mblaq, will make his big-screen debut in “Father is a Daughter.”

According to the film’s production company, the 29-year-old singer played a supporting role of a young CEO.

“The singer received a round of applause from the staff after finishing his scenes. He successfully acted out the role of a charismatic businessman,” the production company said in a press release Monday.

This is not the first time the singer has tried his hand at acting. He previously appeared in the 2012 drama series “Ghost.”

Meanwhile, “Father is a Daughter” is attracting publicity even before its opening because comedian Park Myung-soo landed a cameo role in the film through an episode of the popular reality TV show “Infinite Challenge.”