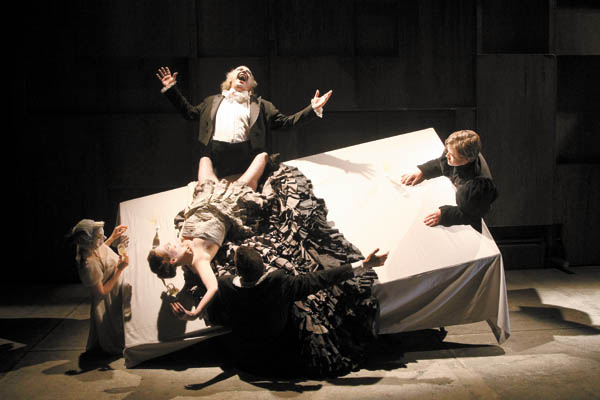 The LG Art Center’s lineup for this year focuses on the convergence of different genres. In one performance, the Denmark’s Theatre Republique and British cult band The Tiger Lillies joined forces to turn Shakespeare’s “Hamlet” into a music play, titled “Hamlet.” The show will be staged at the LG Art Center in southern Seoul from Oct. 12 to 14. [MARTIN TULINIUS]

The past two years have been somewhat gloomy for Korea’s performing arts industry. In 2014, Koreans refrained from cultural activities to express condolences after the Sewol Ferry disaster took place in April.

Then last year, the Middle East respiratory syndrome (MERS) outbreak in the summer dealt another blow to the industry.

In hopes of making up for it this year, production companies and art centers across Seoul have rushed to announce exciting lineups for 2016.

The Sejong Center for the Performing Arts in central Seoul, which has been relatively reserved in presenting its own productions, is going into high gear and planning to stage more than 50 productions of its own this year. 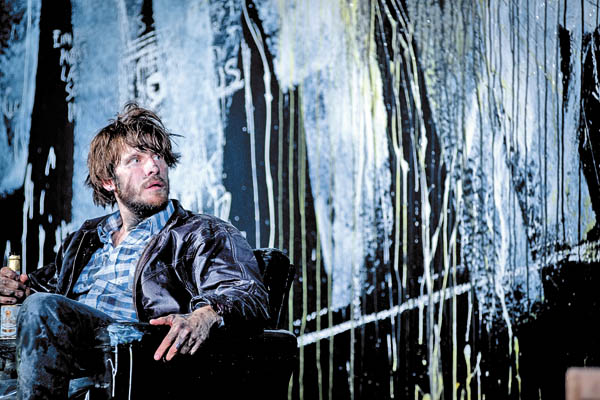 “By categorizing the shows we have planned into four seasons - spring, summer, autumn and winter - according to their characteristics, we are planning to allow people to enjoy the right kind of performances or concerts in the best season,” said an official from the art center.

For spring, which includes May, the so-called Month of Family with Children’s Day on May 5 and Parents’ Day on May 8, the Sejong Center for the Performing Arts has come up with various programs for the whole family to enjoy.

The Seoul Metropolitan Musical Theater, a resident musical company at the center, will be premiering the family musical “Seven Dwarfs Under a Spell” on April 22. The performance will run for a month at the M Theater.

The Seoul Metropolitan Junior Chorus will also be staging a concert for two days on May 24 and 25 at the M Theater, showcasing an array of Korean children’s songs from the past century.

For the scorching summer, the Sejong Center said it will target young students who are enjoying their summer holidays and provide opportunities for them to enjoy fun classical music concerts.

The Seoul Metropolitan Youth Orchestra will hold the “Summer Classic” concert on Aug. 13 at the Grand Theater. According to the art center, this concert will feature interesting commentary to help the young audience understand the music better, so it will not be boring and it will be an opportunity to learn that classical music can be fun. The Seoul Metropolitan Chorus will also be staging “Fun Concert” for on Aug. 11 at the Grand Theater.

As the weather starts to cool off toward the end of the year, the art center said it is planning performances and concerts centering on the theme of love, such as the Youth Orchestra’s “Romantic Concert” on Dec. 28. 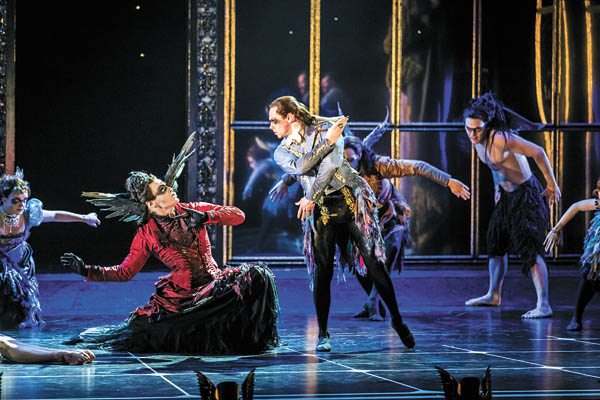 Among the shows premiering at the Sejong Center is the musical “The Moon of Seoul,” which is based on the 1994 MBC drama series of the same name. It is scheduled to kick off on Dec. 3 and run through the 25 at the Grand Theater. Furthermore, the Seoul Metropolitan Theatre and director Kim Gwang-bo are teaming up to produce “HamIk,” which will run from Sept. 30 to Oct. 16 at the M Theater. The Seoul Metropolitan Opera and the Seoul Metropolitan Dance Theatre are also preparing to launch premiere performances this year.

Meanwhile, the LG Arts Center in southern Seoul, which used to be one of the most active performing arts venues to stage its own productions, decided to decrease its number of shows to only 11 this year. Instead, the art center said its main focus will be to increase the scale of the performances and make all 11 the talk of the town. 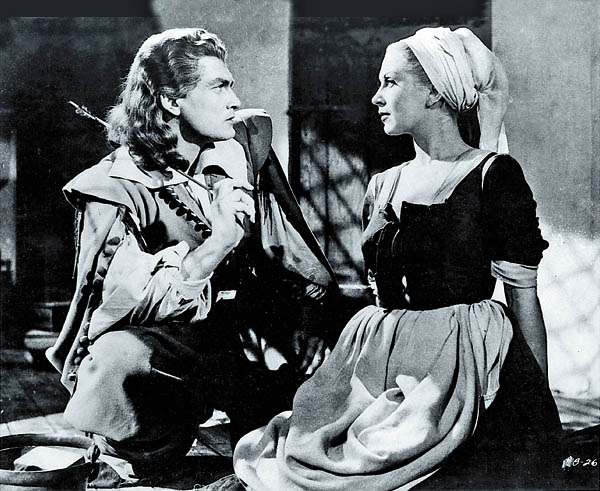 There are also four classical concerts and one jazz concert scheduled throughout the year.

According to the LG Art Center, programs like “En Folkefiende,” also known as “An Enemy of the People,” which is by Norwegian playwright Henrik Ibsen that touches on social problems, as well as the musical “Sleeping Beauty,” are sure to draw much public attention.

British choreographer and director Matthew Bourne, who has presented four sell-out shows at the LG Art Center, including his dazzling production of “Swan Lake,” is coming back with “Sleeping Beauty.”

Another feature of the shows being presented at the LG Art Center this year, according to the center, is the convergence of different genres.

In addition, the Tafelmusik Baroque Orchestra, a Canadian orchestra that specializes in early music, will provide a whole new experience for classical music fans in Korea. The orchestra’s “The Circle of Creation,” according to the art center, is not only an orchestral concert, it features a video that plays in the background that even has a story line.

England’s Kneehigh Theater, which is visiting Korea for the first time this year, is introducing “Dead Dog” to Korean theatergoers. Although it has categorized “Dead Dog” as a musical and “Hamlet” as a play, it would be more accurate to say that both pieces are a combination of plays and musical theater, according to an official from the art center. Moreover, “Sleeping Beauty” is not just a simple dance performance but a mix of dance, circus and cabaret.

“We thought the boundaries between different genres are becoming very vague and at the same time noticed that such performances attract bigger audiences, so we decided to focus on these types of productions in our lineup for this year,” the official said.