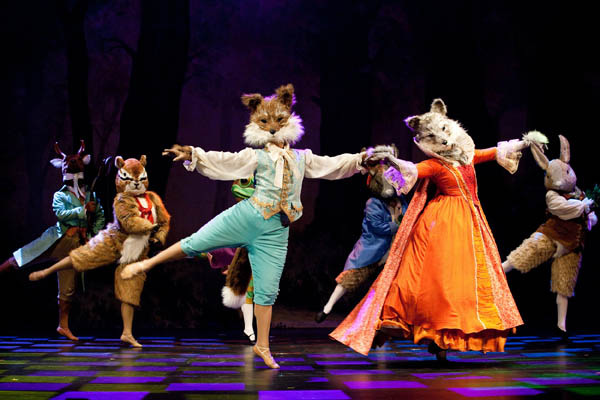 A family ballet performance featuring life-sized animal dolls dancing to “Swan Lake” is being staged at the National Museum of Korea’s Theater Yong. The adorable animals will hold the attention of even the youngest children throughout the show. [CLIP SERVICE]

To Jan. 31: This family-friendly doll production of “Swan Lake” is filled with all sorts of adorable animals live in action. The production centers on a girl, Ye-sul, who ventures into a fantasy world hidden in the woods along with her animal friends. But in the middle of her adventure, she is turned into a swan, and to break the curse, she must earn the fox’s true love. 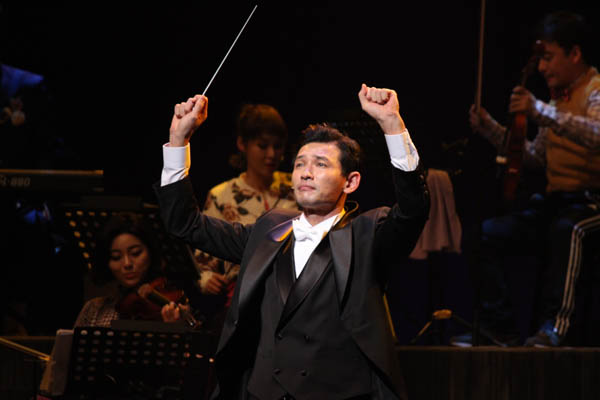 To Feb. 28: After five years of preproduction, the Korean version of “The Orchestra Pit” is finally hitting the stage. This meta-comedy sketch, which originally debuted in Japan in 2000, provides a behind-the-scenes look at the lives of musicians in a pit orchestra. The production features several prominent silver screen actors, including Hwang Jung-min, who most recently starred in the megahit films “Veteran” and “The Himalayas,” as the conductor.

To Jan. 31: After last year’s Korean premiere at the Seoul Arts Center, “Gone With the Wind” is returning. This timeless tale centers on the tangled, turbulent love triangle between Southern belle Scarlett O’Hara, charming gent Rhett Butler and the sweet yet unattainable Ashley Wilkes, while touching on the themes of slavery, war, belonging and displacement.

To March 6: This musical adaptation of the Gothic romance novel by Daphne du Maurier tells the story of Mrs. Danvers, who falls in love with the mysteriously enchanting Maxim de Winter at first sight. But their wedding and the new bride’s arrival at de Winter’s residence is far from the happy, worry-free scenario the new bride had in mind. The Korean production of the musical premiered in 2013 and won five awards at the Annual Music Awards. Ryu Jung-han will reprise his role as Maxim, and Shin Young-sook as Mrs. Danvers.

To March 20: “Frankenstein” took Seoul by storm when it premiered last year. It won nine awards, including Musical of the Year, out of 10 nominations it received for the 2014 The Musical Awards.

Feb. 24 to Jun. 4: The Korean production of this mega-hit musical is returning next year at the Charlotte Theater. Sophie is about to get married and wants her father to give her away, but the problem is she doesn’t know who her father is.

After taking a peek in her mother’s diary, she discovers he could be one of three candidates, so she tricks them all into attending her wedding. Along the way, there is, of course, plenty of ABBA. The cast includes veteran musical actresses, including Choi Jung-won and Shin Young-sook as Donna and Girls’ Generation member Seohyun and Kim Geum-nah as Sophie.

March 1 to May 29: The world-famous rock musical is back for this year with its legendary cast including Jo Seung-woo. The show is about a transgender rocker, Hedwig, and her band, the Angry Inch. It was first introduced in the United States in 1998 and has been adapted countless times internationally.