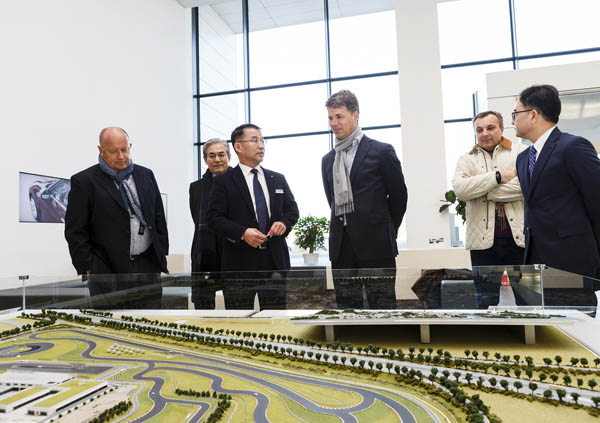 BMW Group Chairman Harald Kruger, third from right, is briefed on Monday while looking at a miniature model of a track at BMW Korea’s driving center on Yeongjong Island, Incheon, that opened up in July 2014.

Kruger, who became the German automaker’s chairman in May last year, stressed that Korea is an important market for the automaker during a press conference held with Korean reporters.

He said Korea is the world’s eighth-largest market and has been showing double-digit growth every year.