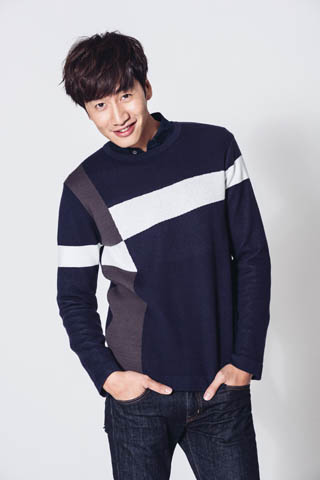 According to King Kong Entertainment, which represents the 31-year-old actor, Lee was chosen as the second Korean actor to promote the carmaker in the United States.

Actor Lee Min-ho was the first Korean public ambassador for Toyota for the U.S. market between 2011 and 2013.

“Toyota has cast Lee Kwang-soo in order to target the Asian market inside the States,” the agency said in a press release.

Industry insiders say Lee’s immense popularity in Asian countries makes him one of the most sought-after models by advertisers.

Weibo Night, an annual event held in Beijing, honors the best of the entertainment industry of the previous year.

Lee enjoys tremendous popularity in China and Southeast Asia thanks to his regular appearance on the popular reality TV show “Running Man.”

On the Sunday prime-time TV show, Lee is much loved for his clumsy character because he often makes mistakes with given tasks when competing with other guests.

Due to his popularity on the show, many viewers think of him as a comedian, but he was initially a fashion model and later made a transition into acting in 2008.

Apart from appearing on “Running Man,” Lee has been doing dramas and films. He is working on the upcoming drama series “Dear My Friends,” and he recently starred in the award-winning film “Collective Invention” (2015).