One-person media at a crossroads

One-person media at a crossroads 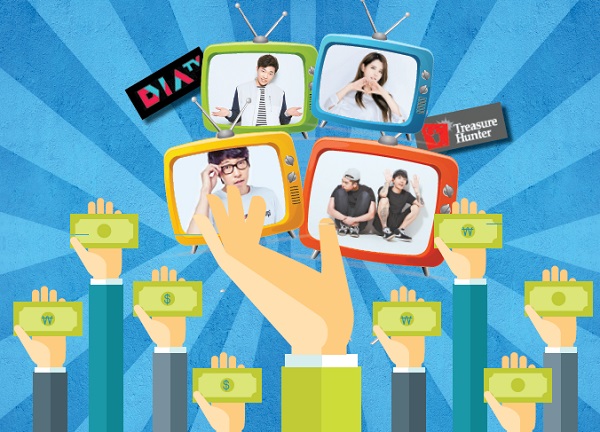 Oh Jin-young, a 28-year-old office worker, has made a hobby of watching a video or two on YouTube after she returns home from work.

Her favorite genre is the beauty videos where video bloggers or vloggers upload honest reviews of cosmetic brands and demonstrate makeup tutorials that she can imitate the next day.

Sometimes Oh’s favorite vloggers upload a spontaneous video that has nothing to do with makeup, such as feeding their pets or enjoying a walk around the neighborhood, which amuses her.

However over the past few months, Oh has noticed more videos focusing on specific cosmetic brands, rather than the original, quirky content that got her hooked five years back. She is now unsure if she can trust what these reviewers are saying, since most of the videos are full of positive comments.

“There are videos that are made specifically for PR purposes that are titled ‘Let’s do makeup using XX brand’,” Oh told the Korea JoongAng Daily. “And there are those that are not specified, but when you actually watch it, you know that it is for advertising purposes because they use products from a single brand.”

“I am not convinced by anything they say at all in these videos,” she added.

What Oh describes is one of several issues surrounding what’s being called “one-person media”, which rose to the forefront of the entertainment and IT scene last year.

One-person media includes broadcast jockeys who broadcast themselves on video-streaming websites, most notably Afreeca TV, and YouTube. The genre was extremely popular last year, even prompting Korean public broadcasting station MBC to implement the format of Afreeca TV on its new program, “My Little Television,” that has experienced great success.

Popular vloggers in Korea have more than one million subscribers on their YouTube channels, and over 10,000 viewers tune in to their favorite live-streaming broadcasts.

It has generated a whole new business strand known as multi-channel networks (MCN). Companies such as CJ E&M’s DIA TV and start-ups like Treasure Hunter and Video Village have started implementing MCNs. However, downsides have emerged from the sudden rise of attention the industry has attracted.

One major issue surrounding the growing industry is the collaboration between vloggers and businesses, which is not only pervasive in beauty content but also in meokbang (eating show) and game-playing shows.

For those who have tried watching YouTube videos to obtain practical information before making purchases, it soon becomes clear that sponsored videos are not credible sources.

Meokbang vloggers review restaurants, new dishes from all sorts of franchises, and even snacks from convenience stores.

However, while some in the genre notify viewers that what they are reviewing has been sponsored by the company, some vloggers choose to blur the distinction.

“Even if I know that they are eating at a sponsored restaurant, it is hard for me to believe everything they say because how could they say bad things about the place providing them with free food?” said Oh, who also enjoys watching meokbang shows.

It is not only the viewers who are getting tired of the sponsored videos dominating the platform.

The vloggers themselves are not comfortable with all the requests from businesses to advertise their products.

“It is a fortunate situation that the market is acknowledging our influence on potential buyers, but we have our own hardships as well,” said a popular beauty YouTuber with more than 100,000 subscribers, who didn’t wish to be named.

“First of all, I feel less inspired when I am introducing a sponsored product, and the viewers feel it, too,” she added. “There is a stark contrast in the number of views between videos that include sponsored products and those that do not. Many viewers click the ‘dislike’ button as well.”

Sometimes, it leads to an unusual situation where she has to make up something bad about the product just to win back the viewer’s trust.

“Even if I like every aspect of the sponsored product, viewers instantly turn away if I don’t mention something bad. So sometimes I feel pressured to balance the good and the bad comments,” the beauty vlogger added.

The vlogger revealed that she receives e-mails everyday from cosmetic companies asking her to review their products, which she finds overwhelming.

“I try to set up my own rules to have only one sponsored video out of three, but the requests are piling up.”

Acknowledging the potential of the market, conglomerates like CJ E&M and start-ups began to set up businesses in the field in the form of MCN companies,

MCN companies can be described as management agencies for vloggers, providing aid with administrative issues such as tax and copyright matters in return for sharing a certain portion of profit with vloggers.

For budding vloggers, they also give a helping hand with renting out expensive camera equipment and recording studios.

However, while it is a natural phenomenon for companies to show interest in a fledgling industry, there are concerns if an environment for generating unique videos can be maintained.

There was an incident last year involving backlash against a vlogger for demanding a large sum of money from a low-priced cosmetic brand in return for speaking positively about its products in a video.

It was revealed later that it was the MCN company supporting the vlogger that made these substantial demands.

Also, there is concern that a big influx of capital into the industry could harm the distinctive, at times quirky and odd, essence of video content out there, which generated popularity in the first place.

“The participation of companies may limit the diversification of the format and subject matter of their content,” says Do Joon-ho, a professor of Media Studies at Sookmyung Women’s University.

What prompted the rise of vloggers was their oddball ideas realized using a minimal budget, which enabled them to offer something new to viewers who were used to generic TV programs.

However, if a more systematic and high-budget approach is applied to the platform, the charm may fade away.

One example can be found in a TV program called “Pretty Avengers” currently airing on a CJ E&M’s OnStyle channel, that features two of Korea’s top beauty YouTubers. But with a similar format for TV programs that viewers have seen before, the show is struggling to attract viewers.

Despite the challenges it may be facing, the budding industry still holds great potential because its still in an early stage of development.

Industry insiders say that if a stabilized revenue model is generated from the video advertisements, vloggers and related businesses should both be able to benefit from the market, without affecting content.

“The young generation consumes content in a completely different way, and online video content has taken over that niche market,” Professor Do says. “Since it is possible to find out information about viewers based on who consumes a certain channel or vlogger online, it will be much easier to match the right advertiser to that specific group of viewers. If a stable revenue model is set up in this way, vloggers will be able to focus more on coming up with their own content.”

Also, being able to provide online content to an overseas market as well is another strong point of one-person media.

While one view approximately translates as one won ($ 0.0008) of profit in Korea, if a video is viewed in the United States, the profit jumps anything between five and 10 won, meaning overseas market could be another vital income source for vloggers.

At the moment, many vloggers say that unless you are at the top, it is hard to earn a living only on money made from YouTube views, which is why they cannot be free from all the advertisement videos.

“At the moment, our focus is on expanding the one-person media market, so vloggers can earn a living solely off YouTube,” said Jung Yun-sun from CJ E&M.

“We are already providing our vloggers’ content to Youku, China’s biggest video platform, and we will further continue to take care of the systematic stuff so the vloggers can focus on their content making,” she added.