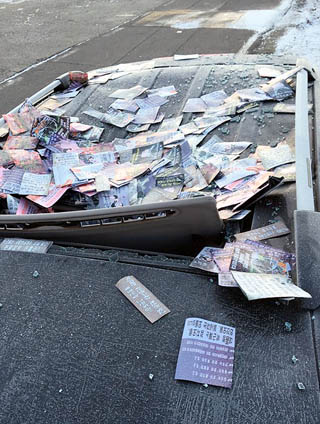 A car parked in a residential area in Goyang, Gyeonggi sits damaged on the street after it was hit by a bundle of propaganda leaflets on Thursday. Leaflets denouncing the South Korean government were discovered in the northern part of Gyeonggi and Gangwon. North Korea presumably flew them over in large balloons. [NEWSIS]