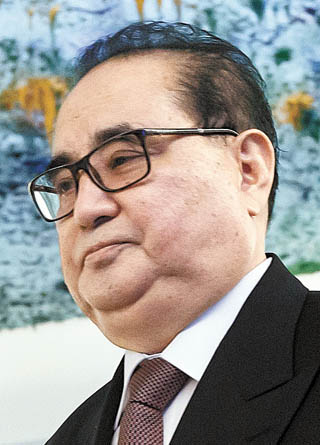 The organizers of the World Economic Forum (WEF) revoked their invitation to North Korea on Wednesday over the country’s latest nuclear test on Jan. 6, a move that could be an indicator of additional international pressures to be applied on the Communist state.

The cancellation of the invitation for Ri Su-yong, who was scheduled to lead the North Korean delegation, was interpreted as an apparent punitive measure by the international community for the country’s execution of its fourth nuclear test last week.

The event was branded by Pyongyang as its first successful detonation of a hydrogen bomb, a claim that has been met with skepticism by Washington and Seoul due to a critical lack of evidence to prove it.

Phillip Roesler, an official on the organizing board for the WEF, told reporters Wednesday that the forum, to run from Jan. 20-23, had invited North Korea to attend the event for the first time in 18 years because “there had been some convincing, encouraging signals out of the DPRK that there may be an opportunity for international global dialogue.” The DPRK is an acronym for the Democratic People’s Republic of Korea, North Korea’s official name.

“But we have all seen what has happened last week,” Roesler said in a direct reference to the nuclear test. “Therefore, we could not maintain our invitation to DPRK.”

The WEF’s recension of Pyongyang’s invitation came as the latest sign of international outrage against North Korea over its fourth nuclear test, which came as a surprise even to major world powers like China, the North’s long-time ally.

Had North Korea attended the forum, it would have been the first time since 1998.

It was expected that the reclusive state would campaign at the conference to draw foreign investment, which Kim emphasized as an economic priority in his New Year’s address.

North Korea criticized the cancellation Thursday, saying it is “irresponsible and wrong.”

Nearly 2,500 people, including business and political leaders and ministers worldwide, will take part in the annual four-day forum. South Korea’s delegation will be led by Choi Kyung-hwan, who stepped down as finance minister earlier this week in order to run in the upcoming general election. United Nations Secretary General Ban Ki-moon will also attend the conference.