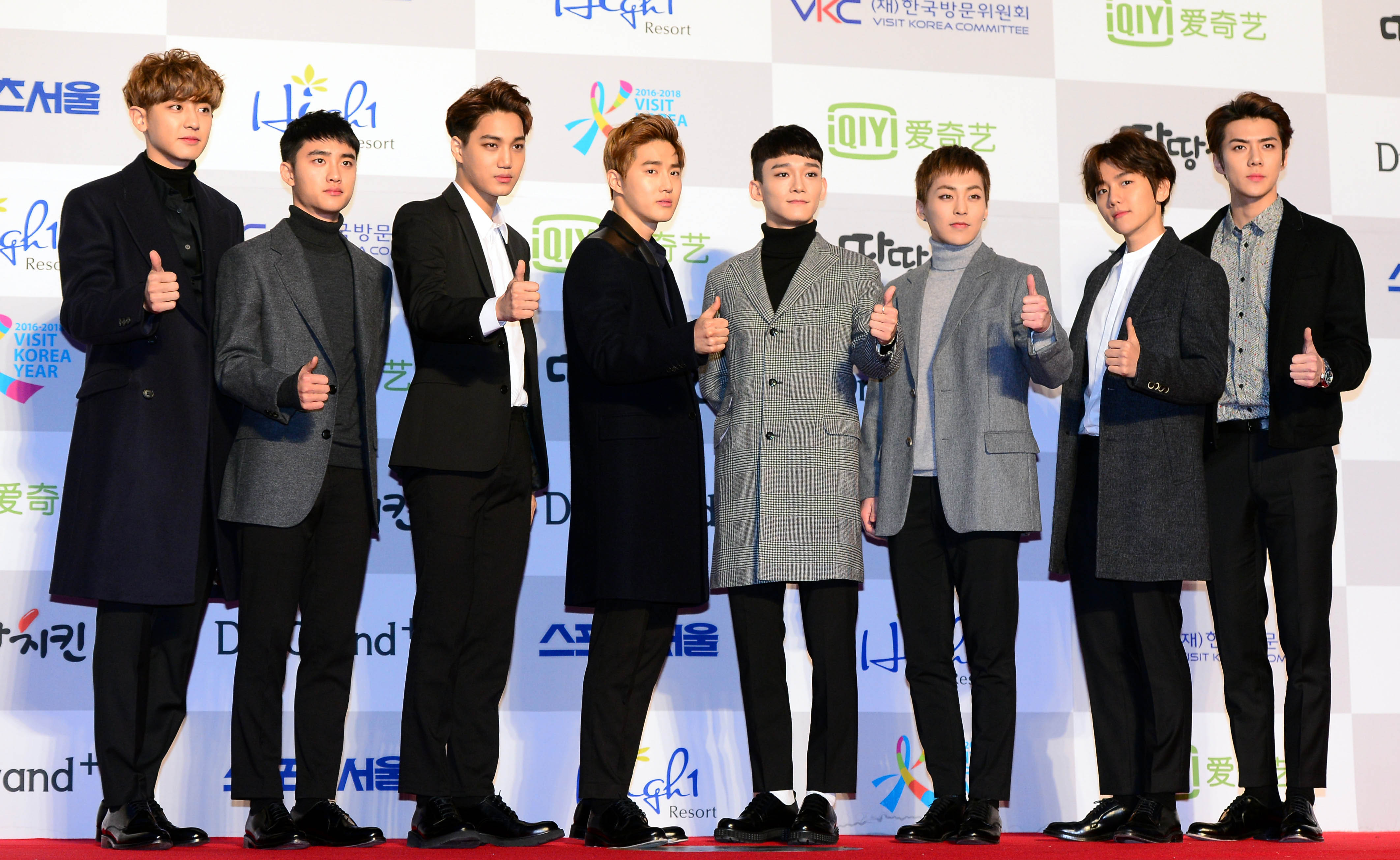 By receiving the top prize, the 10-member boy group set a record as the first K-pop act to nab the highest honor from the annual music festival for three years in a row.

Previously, Seo Taiji and Boys nabbed the grand prize in 1992 and 1993 and Girls’ Generation took home the trophy in 2010 and 2011, but no K-pop acts won it for three consecutive years.

Meanwhile, iKon, Seventeen and GFriend received newbie awards at this year’s event while Big Bang won Song of the Year with “Bang Bang Bang” and singer BoA received the Best Album of the Year title with her eighth regular album, “Kiss My Lips.”

Kim Jun-su, a member of the K-pop trio JYJ, received the Popularity Award.