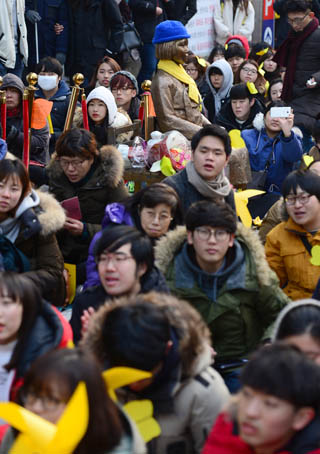 Defying Tokyo’s demand - Hundreds take part in a rally Saturday around the Peace Monument, which represents the Korean women forced into wartime sexual enslavement by the Imperial Japanese Army, in front of the Japanese Embassy in Seoul. The rally protested Japan’s demand to relocate the statue. [NEWSIS]