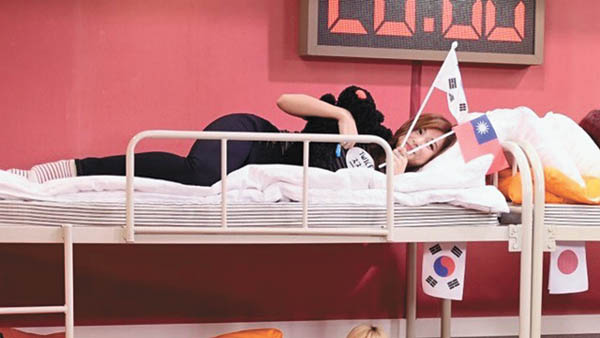 The controversy surrounding K-pop star Tzuyu, who waved a Taiwanese flag in an online video clip, grew over the weekend as Taiwan president-elect Tsai Ing-wen addressed the issue, saying the Taiwan-born 16-year-old “did nothing wrong.”

In her first press conference after Taiwanese voters elected her president Saturday, Tsai, whose party wants greater distance from Beijing, said Tzuyu was blameless and that Taiwan’s representative office in Korea will pursue the matter with her management company, JYP.

“This particular incident will serve as a constant reminder to me about the importance of our country’s strength and unity,” Tsai told reporters over the weekend. “This is unjust and unacceptable,” she continued, condemning what she described as China’s bullying of a young girl.

“This has hurt the feelings of all Taiwan’s people. A show of patriotism should never be opposed.” 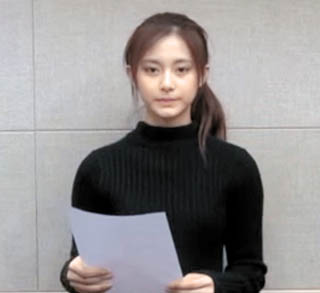 The teenager, who was born and raised in Taiwan, found herself embroiled in cross-Taiwan Strait tensions after she waved the Taiwan flag on a Korean entertainment show. The scene wasn’t aired on national television, but an online-exclusive portion of it from the MBC variety show “My Little Television” was posted on the Internet in November.

Taiwanese pop singer Michael Huang, who is known for his pro-unification views, blasted Tzuyu, whose real name is Chou Tzu-yu, on his Sina Weibo account on Jan. 8 and uploaded a photo of her waving the Korean and Taiwanese flags.

Korea’s entertainment industry concentrates on the Chinese market for concerts, and local talent agencies often hire foreign prodigies who will appeal to Chinese audiences. Last fall, a new girl band named Twice was launched, and Tzuyu is in it. Among its nine members, four members including her are non-Korean. Three are Japanese.

The Taiwanese flag is a sore point for mainland China since it is considered an emblem of an independent Taiwan. China and Taiwan split amid civil war in 1949 and Beijing continues to claim the island as its own territory to be recovered by force if necessary.

On Friday, an 83-second video of a grim-faced Tzuyu in a black turtleneck sweater was uploaded on JYP’s YouTube and Weibo accounts, in which she solemnly bowed and said “There is only one China.”

Reading from a sheet of paper, the 16-year-old continues that she has “always felt proud to be Chinese,” and that she feels “deep remorse” for having hurt “China, and my friends in Taiwan.”

The K-pop star’s agency, JYP, said it would curtail her commercial activities on the Chinese mainland, apparently in response to online commentary in China accusing her of supporting Taiwan’s independence.

That same day, JYP founder and CEO Park Jin-young uploaded a 156-word statement on his company’s official website saying he “apologized to all the fans in China who were hurt” by the incident, and that he and his staff will “strive to contribute to Korea-China relations and bilateral cultural exchange.”

“She came to Korea at the young age of 13, and I believe my company and I share a great responsibility in the fact that we didn’t teach her well in the absence of her parents,” he wrote. He said Tzuyu will halt all activities in China.

Nichkhun, a member of K-pop boy band 2PM, a group also managed by JYP, canceled his appearance at an event in China on Sunday in an effort to wind down the controversy. An insider from the agency told Ilgan Sports, an affiliate of the Korea JoongAng Daily, that the company recognized the issue had taken a toll on its China business and that it decided to cancel the male singer’s participation.

Tzuyu debuted in Korea on Oct. 20, 2015 and has always identified herself as Taiwanese.