11st deepens its bond to Xiaomi

11st deepens its bond to Xiaomi 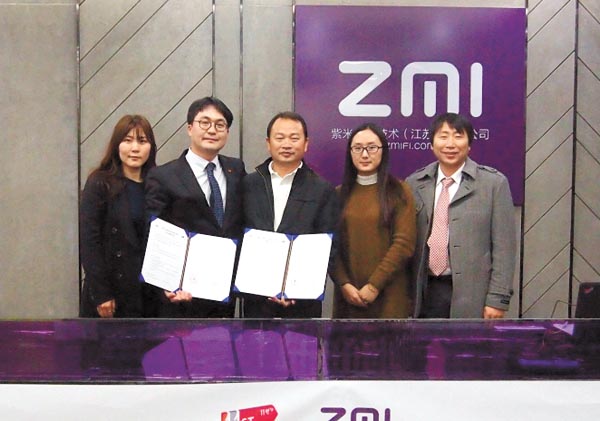 Lee Chi-hun, head of digital business at 11st, second from left, and Huang Wenyuan, ZMI co-founder, center, pose at ZMI’s headquarters in Nanjing, China on Monday after signing an MOU to sell ZMI products on the e-commerce platform. [SK PLANET]

11st, a leading e-commerce player, announced a partnership on Monday with ZMI, a subsidiary of Xiaomi, to become an official distributing channel for products made by the popular Chinese manufacture.

The move came as more and more tech-savvy Korean consumers discover products manufactured by Chinese tech giants Xiaomi, Lenovo and Huawei and marvel over their affordable prices and decent functions.

The e-commerce platform run by SK Planet said that the deal with ZMI will give the online mall a greater access to Xiaomi-brand products made by ZMI.

“Through the partnership, we are entitled to the rights to sell their new products earlier than others and bring items that have never been introduced to Korea,” said a spokesman at 11st.

Despite the growing popularity of Xiaomi products, many are imported independently by small and medium-sized trading companies since the tech giant has neither launched a store nor set up a Korean office.

But such distribution leaves the market open to counterfeit products.

11st said that it is able to give assurances to consumers that they’re buying authentic products.

“When there are many distributing channels here and there, consumers can be fooled into buying fake products or defective ones,” the representative continued, “but an official distributor can ease such worries.”

The partnership came two months after 11st formed an exclusive partnership with Xiaomi to sell the manufacturer’s products on their site.

Under the agreement, 11st vowed to cooperate with the Chinese company in marketing and selling of Xiaomi goods.

“Following November’s agreement with Xiaomi, we are pleased to play a role in connecting local consumers with Chinese IT companies,” said Lee Chi-hun, director of digital business division at 11st.

Lee said that the e-commerce platform will extend the partnership with other Xiaomi subsidiaries, affiliates and business partners.

“We’ve seen Korean consumers’ strong support, and with the agreement we will be able to provide our products in a more secure environment.”

On 11st’s online mall and mobile app, Xiaomi products saw their accumulated revenue in the first 10 months of this year grow 15 times compared to the revenue in 2014.

The model works by connecting it to the USB port of a desktop computer, laptop or car charger.