Epic tale ‘The Revenant’ kills off the competition

Epic tale ‘The Revenant’ kills off the competition 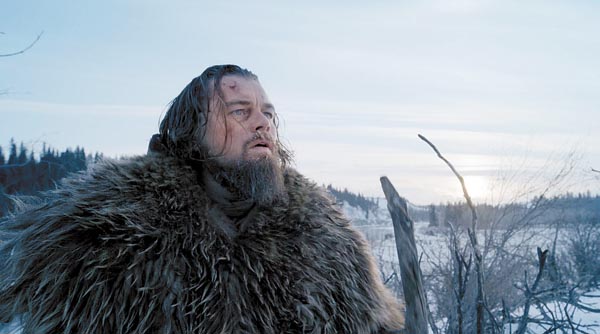 “The Revenant,” an intense frontier epic based on a true story, raced to the top of the Korean box office on its opening weekend.

Best known for the experimental long takes and heart-pounding beats in last year’s Academy Award winner “Birdman,” Inarritu once again put forward the bold camerawork that zooms in and out on the characters as well as the sublime beauty of the natural scenery.

Leonardo Dicaprio plays Hugh Glass, a frontiersman and fur trapper who gets attacked by a gray bear and buried alive by one of his colleagues, Fitzgerald (Tom Hardy), who also kills Glass’ one and only son.

Armed with vengeance, Glass arises from the grave and walks hundreds of miles to find Fitzgerald and give him what he deserves.

In the second slot was locally made romantic comedy “Mood of the Day,” starring up-and-coming actors Yoo Yeon-seok and Moon Chae-won.

KOREA BOX OFFICE
1. The Revenant
2. Mood of the Day
3. The Good Dinosaur