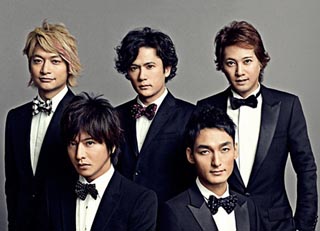 TOKYO - Members of the decades-old but still hugely popular Japanese pop group SMAP said Monday they will remain together, ending rumors of a breakup that shocked fans in Japan and elsewhere in Asia.

The five members of the group, wearing dark business suits and appearing serious, apologized at the start of their weekly variety TV show for causing concern and sought their fans’ continuing support.

In brief comments by each member explaining the situation, some acknowledged that the group was in fact going through a crisis. Takuya Kimura, the best-known member, said SMAP was “on the verge of a midair breakup.’’ But he added, “From now on we will only look ahead and strive to go forward.’’

Rumors of SMAP’s breakup - reportedly over disputes between a SMAP manager and its talent agency, Johnny & Associates - emerged last week, shaking the entertainment industry. The influential group served as a cultural ambassador for Japan and in 2011 met with then-Chinese Premier Wen Jiabao.

Formed in 1988 as a six-member teenage boy group, SMAP, or “Sports Music Assemble People,’’ surged to stardom with choreographed singing and dancing. Its members are now between the ages of 38 and 43, and it remains one of Japan’s most popular pop groups and a staple of entertainment shows and advertisements. Each member has also performed individually in variety shows, films and elsewhere.