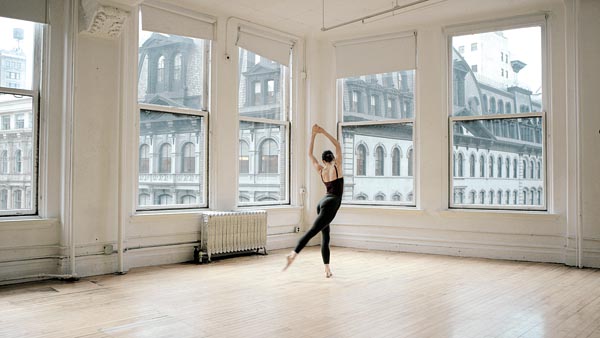 New works by Son and the other three finalists - Jaye Rhee, Bona Park and Junebum Park - are now on view at the SongEun ArtSpace in southern Seoul.

In this exhibition, Son is presenting new ink paintings that have evolved from his former ones. The new paintings lack the vivid colors that the artist once actively used.

The theme of the new paintings is the “six principles” of creating and appreciating East Asian ink paintings. They are visualized by Son as the six kinds of martial arts exercised respectively by six new hybrid superheroes. 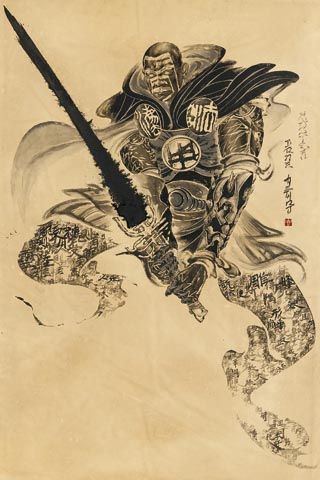 In his previous works, the artist used traditional ink painting methods to depict existing contemporary pop culture icons. But this time, he uses the iconography of superheroes to explain the old aesthetics of East Asian paintings. This is the fundamental difference.

“Since I majored in East Asian painting in university, I am familiar with the six principles and have wanted to reinterpret them,” Son told the reporters at the art center last month.

For example, the second among the six principles - the “bone method,” or the adequate use of brush style, stroke and lines - is visualized in the painting “Master Bone Method.”

Son won the right to hold a solo show at the art center and 20 million won ($16,500) in prize money. The other three finalists received 10 million won each.

Among the three other finalists, Rhee, acclaimed for her 2013 media art piece “The Flesh and the Book,” is presenting a two-channel video installation “The Perfect Moment” in this exhibition. On one of the two screens, an old dancer tells the story of her experiences on the stage and the feelings and emotions she feels while performing certain dance movements. In accordance with her story, a young dancer recreates the motions.

The 43-year-old artist said she has always been interested in the movement of the body as well as illusions.