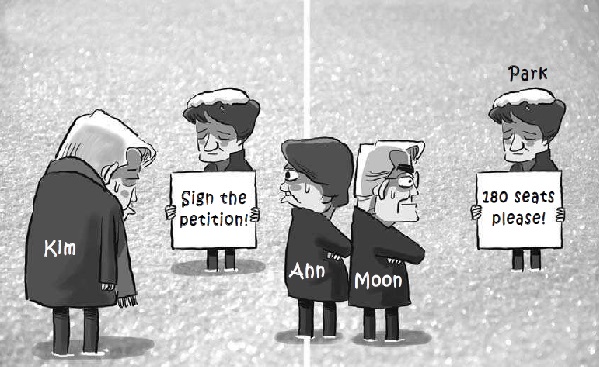 After President Park Geun-hye endorsed a signature-gathering campaign to pressure the National Assembly to pass bills to revitalize the economy, the Minjoo Party led by Moon Jae-in and the People’s Party led by Ahn Cheol-soo conclude it’s a strategy for the ruling Saenuri Party led by Kim Moo-sung to obtain at least 180 seats in the April 13 general election so it can pass those bills on its own.