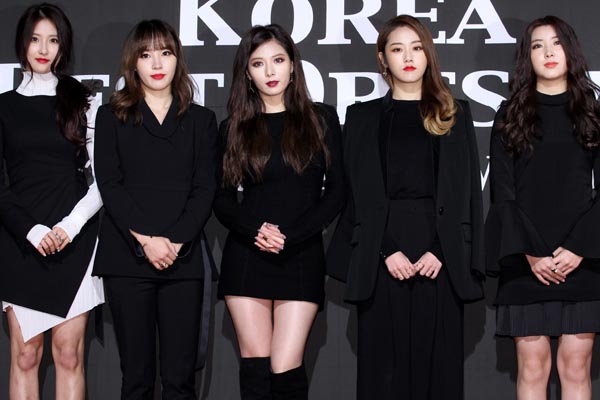 Girl group 4Minute will return to the music scene next month after a year-long hiatus.

Cube Entertainment, which represents the five-member K-pop act, said on Wednesday that the group’s seventh digital single, titled “Act 7,” will be unveiled on Feb. 1.

For the upcoming album, 4Minute is collaborating with Skrillex, a famed American music producer. The five members have also reportedly been involved in every single step of making the album, from styling to choreography.

When uploading a teaser image for the upcoming album, Cube added that the new track is an upbeat dance tune.

The girl group has been much loved for their dance tunes such as “What is Your Name?” and “Hot Issue” since their debut in 2009.