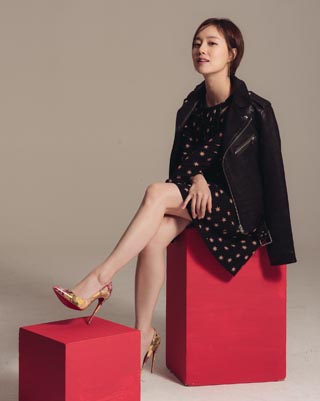 Actress Moon Chae-won has just turned 30, but she couldn’t be happier about saying goodbye to her younger days.

“I am rather happy to enter my 30s. I want to leave behind my blundering young days,” the actress said in a recent interview with Ilgan Sports, a Korea JoongAng Daily affiliate.

In her just released romantic comedy “Mood of the Day,” Moon plays Soo-jung, a conservative, well-behaved girl who reluctantly spends a day with an apparent womanizer (Yoo Yeon-seok) in the coastal city of Busan. While she is at first put off by his flirtatious attitude, by the end of the day Soo-jung cannot resist feeling attracted to the genuine yet free-spirited man. 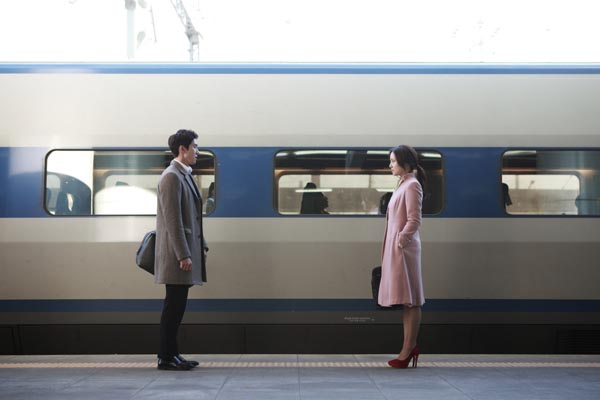 Moon’s character, Soo-jung, right, reluctantly spends a full day with a strange man in the coastal city of Busan in “Mood of the Day.”

Here are the edited excerpts of the interview.

A. I liked the nuance I got from its title, which is one of the most important factors for me when choosing a project. And then, when I read the screenplay, I liked how nicely and purely it depicted a day a strange man and woman wind up spending together. It wasn’t in any way sexual but rather very sentimental. There were no intended connotations about one-night stands or serious relationships. So I thought the audience would feel comfortable with it and perceive it as pure entertainment.

His acting style was different from mine. I tend to prepare a lot a day before I go on the set, probably because I have done more dramas than films. For dramas, the schedule is much tighter, so if you are not fully prepared, you miss a lot of the parts in the screenplay and on-screen situations. On the other hand, Yoo is the type who believes in the energy you get from the set, throwing out spontaneous ideas and trying to synergize with partners. Thanks to him, I learned how to act more freely on set and play around with the screenplay.

Your character has been dating the same guy for the past 10 years. How about you?

I don’t have such an experience. Mine have all ended in under five years. But like Soo-jung, I don’t tend to fall for a guy at first sight. I form feelings of affection very gradually.

How do you feel about turning 30?

I don’t dislike it at all. In my 20s, I did many things I regretted and regretted more by dwelling on it. I like what I am doing and I want to enjoy it more.