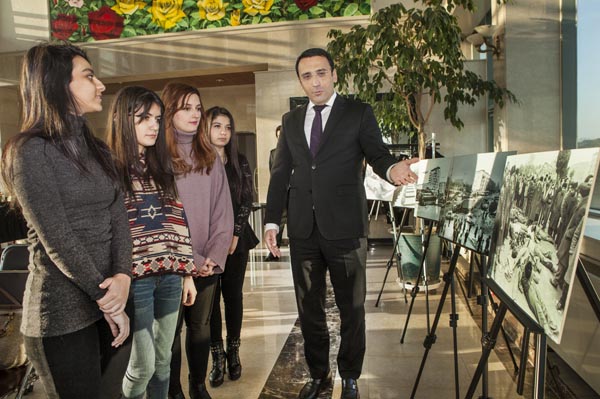 Ramzi Teymurov, Azerbaijani ambassador, right, guides students through an exhibition Wednesday at Hannam Tower in central Seoul as part of a ceremony marking the 26th anniversary of Black January, when Soviet troops stormed the capital of Baku on Jan. 20, 1990, to halt an independence movement. [PARK SANG-MOON]