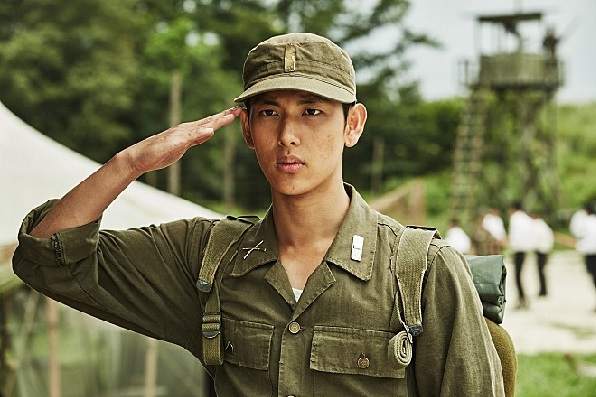 Every cloud has a silver lining.

In this war movie directed by acclaimed filmmaker Lee Han of “Punch” and “Thread of Lies,” that silver lining exists in the form of melodious songs which gave hope and joy to the children orphaned during the Korean War (1950-53).

Han Sang-lyeol (Yim Si-wan), a soldier who lost his family and comrades on the battlefield, has been suffering from a sense of guilt that he failed to save them.

Then one day, in the small village where he is staying, he meets a group of children who lost their parents in the the war.

In hopes of not repeating his past, the ambitious young man decides to protect these children and forms a children’s choir that sings for hope and a better future.

This is the first time Yim, a member of the boy group ZE:A, is playing the lead in a film. Having proven his acting chops in the megahit office drama “Misaeng,” he confidently portrays the good-hearted soldier who is hoping for a miracle even in a desperate situation. 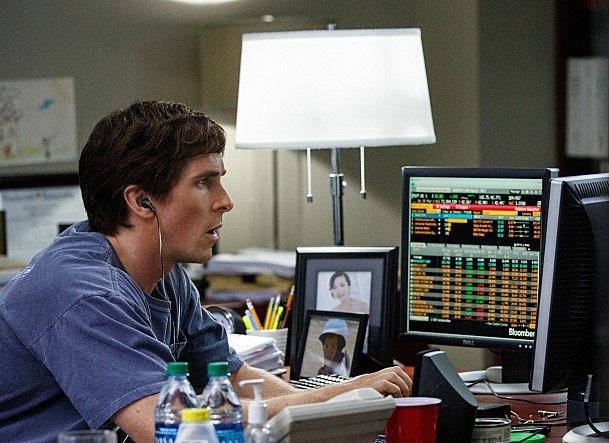 Do you want to see the reality of Wall Street?

This movie gives a juicy behind-the-scenes look at the competitive financial world.

The film focuses on the dark side of the financial industry two years before the subprime mortgage crisis broke out in 2007.

It pinpoints how the four characters - Michael Burry (Christian Bale), Jared Vennett (Ryan Gosling), Mark Baum (Steve Carell) and Ben Rickert (Brad Pitt) - become rich using the crisis. And just seeing this all-star cast together on the same screen is a good reason to go to the theater.

The movie is based on the book of the same name written by Michael Lewis in 2010. It criticizes how the crisis could have been prevented.

The film starts with Burry predicting the unstable real estate market and a complete collapse that will follow, which no one else takes seriously.

Despite the opposition, he decides to invest against the housing market, believing that the bubble created from skyrocketing price of real-estate will soon burst. Then the others join in.

Eventually, as everybody knows, the four outsiders of Wall Street earn millions of dollars from that investment.

The film has been nominated for five Academy Awards, including Best Picture and Best Director. The awards ceremony will take place Feb. 28.

While the word revenant means the spirit of a dead man, the movie “The Revenant” is not the story of a man who has died, but rather of one who has gotten quite close.

The film already swept the Golden Globe Awards last week with DiCaprio winning best actor in a drama and Inarritu winning for his direction.

Roughly based on a true story that happened in the western part of America in the 19th century, DiCaprio plays the main character named Hugh Glass, who is a fur trapper and frontiersman on a new mission to retrieve animal skins.

During the expedition with a team including his son, Glass has an altercation with local natives that causes him to stray from the route.

Soon after, he is attacked by a bear and barely survives, only to be abandoned by his cold-blooded teammate Fitzgerald, played by Hardy, and buried alive.

In the meantime, Fitzgerald kills Glass’ son, not realizing that there was a witness to his crime.

Back from the grave, the enraged Glass goes on a deadly hunt to get revenge on the man who has taken everything that he held dear.

With this performance, DiCaprio has become the most highly anticipated nominee for the Academy Award, which the 41-year-old superstar hasn’t had luck with so far. 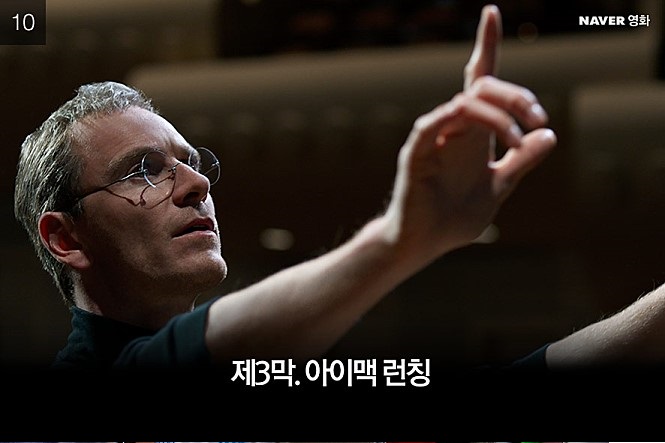 Steve Jobs is being resurrected in a motion picture for the second time to show his dynamic life in three chapters, which are marked by the launch of his three key products: the Macintosh in 1984, the NeXT Computer in 1988 and the iMac G3 in 1998.

Michael Fassbender, one of the most talked-about actors in Hollywood at the moment, plays Jobs, which earned him a nomination nod for the upcoming Academy Awards.

Danny Boyle, the filmmaker behind box office hits like “Slumdog Millionaire” and “127 Hours,” directed the film, while Aaron Sorkin, the talented screenwriter for “The Social Network” and “Moneyball,” has penned the screenplay.

In order to make this biographical film about probably the most prominent figure in the IT world not-so-predictable, the film goes behind the scenes of three major launching events, zooming in on who Jobs was in real life.

Kate Winslet plays Jobs’ right arm Joanna Hoffman, a marketing manager who in the film is depicted as the one and only person who could say what’s what to her boss.

This is a romantic comedy that will make you ponder more about relationships rather than love.

In other words, “Mood of the Day” is a lighthearted film that talks about romantic relationships that are at times as casual as exchanging a few flirtatious words on a train or as reckless as having a one-night stand with a total stranger.

Up-and-coming actress Moon Chae-won plays Soo-jung, a well-behaved girl who has been dating the same guy for the past 10 years.

She is at an age where her friends are all getting married, one by one, but it seems like 10 years is still not enough time for her boyfriend to decide to propose.

Korean heartthrob Yoo Yeon-seok plays Jae-hyun, a Casanova who refuses to form any kind of serious relationship with women.

The unlikely pair coincidently sit next to each other on a Busan-bound train and Jae-hyun, of course, hits on Soo-jung, who couldn’t be more offended by his sexual overtures.

The two end up spending the whole day in the beautiful coastal city of Busan, getting to know each other more.

Will Jae-hyun be able to open up Soo-jung’s firmly closed mind?

In the movie, Brooklyn is not featured as a glamorous location but rather a familiar place that is not unlike any other neighborhood where people live. 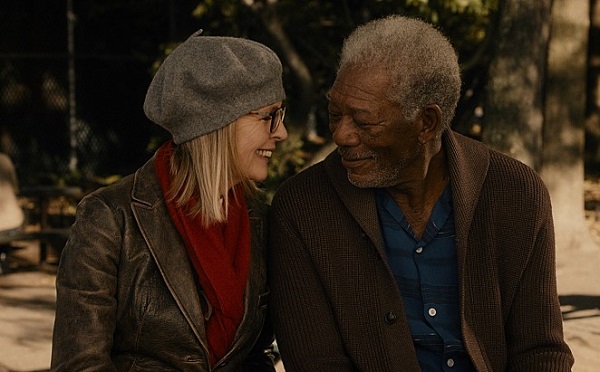 The biggest reason is the emphasis on the lovely couple, Ruth (Diane Keaton) and Alex (Morgan Freeman), who lived together for 40 years, with the film showcasing warm and lively images of Brooklyn and Manhattan.

Ruth is a retired teacher and Alex is an artist. As Alex is having difficulties going up the stairs, they decide to sell their old house and search for a house that has an elevator.

As they prepare to move, Alex recollects the happy scenes of how he met Ruth and fell in love with her. But then unexpected events befall them.

You cannot miss the Williamsburg Bridge, which connects Brooklyn and Manhattan, scenes of graffiti in the background and shots of the New York streets where the couple strolls with their dog.