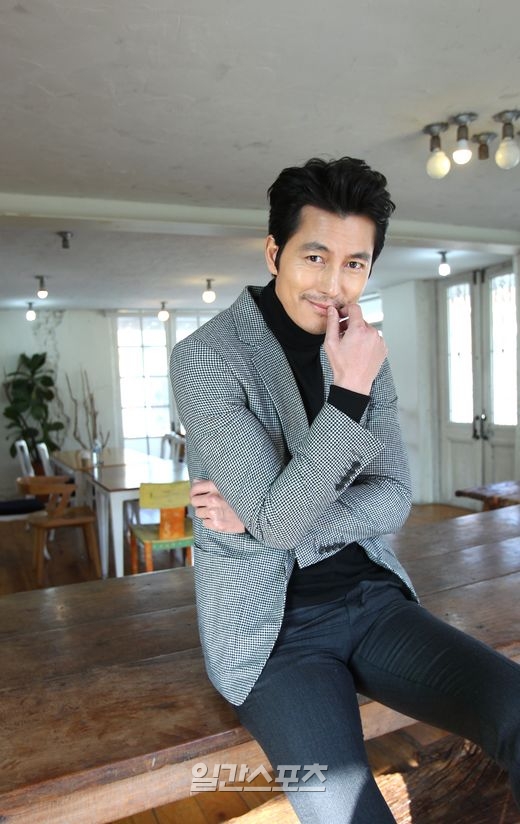 Actor Jung Woo-sung is nicknamed the celebrity among celebrities.

With his handsome face, charming smile and gentle character, he inspires not only women, but also men.

But for his latest film, “Remember You,” Jung has proven that he’s more than a pretty face. The 43-year-old is also the producer of the film, a debut feature for rookie filmmaker Lee Yoon-jeong.

In fact, Jung set up his production company, W Factory, to make the film, which follows a man named Seok-won as he recovers from memory loss with the help of a mysterious woman, Jin-young (Kim Ha-neul).

Besides his good looks and gentle character, Jung is also known as a loyal friend. Jung met Lee while starring in the 2008 film “The Good, The Bad, The Weird,” for which Lee was a writer. After that Lee shot a short film, “Remember You,” and sought to make it into a feature.

But the production companies she approached all wanted to change the scenario, mostly for commercial purposes. That’s when Jung volunteered to help. “I didn’t want her to have to make compromises and change the original script,” Jung said. “And it wasn’t just because of friendship. The scenario was also very good on its own.”

Q. As a producer, what was it like seeing the finished film?

A. Because I took part in the whole process of the film, I felt a mix of emotions. It actually wasn’t easy releasing this film. It also makes me ask a lot questions to myself, like for instance, “As a producer, did I guide the rookie director well?”

What’s one thing that you cannot compromise as a producer?

I would have to say safety. I make sure that the production crew is able to work in a safe, comfortable environment. Also, one of the biggest problems of the Korean film industry is that producers rarely visit the scenes. But as a producer and actor, I tried to be involved.

I assume the film made you take a long, hard look at the Korean film industry.

First, directors and staff should build their experience in the minor film industry and then make inroads to the major film industry. In fact, for the Korean film market to be strong and healthy, we should pay more attention to low-budget, minor films of various genres. Not all films can have budgets of 10 billion won [$8.3 million]. There should be more films made with budgets between 2 million and 4 million won.

This was your first film with Kim Ha-neul. What was it like?

Although I didn’t get involved in casting, I think Kim was a good choice. From our first shooting, I felt that she was right for the role. Unlike some actresses, Kim is very honest and down-to-earth. She is also very inquisitive.

If you lose your memory, like your character does, do you think you will struggle to get it back?

I think so. Of course, there are sad, painful memories. But they are all precious and they all make up your life. There is a saying that a love that hurts too much isn’t love at all. But I don’t agree. As long you are true to yourself, it is love, no matter how sad and painful.