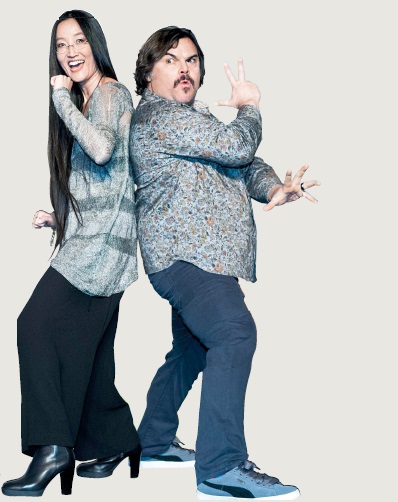 Jack Black, the prolific actor behind hit films such as “The School of Rock” (2003), “King Kong” (2005) and the currently screening “Goosebumps,” talked about his experience playing the voice of the lovable karate-kicking panda Po in the “Kung Fu Panda” series during a visit to Seoul.

“Po is always a symbol for me of infinite youth, hope, innocence and sweetness,” the 46-year-old said during the press conference Thursday.

“I think back to my youth when I had a dream of a being a rock musician and actor,” the Hollywood actor said. “I would look up to my heroes of Dustin Hoffman and David Bowie. And that is where Po is at. He is looking at his heroes of kung fu idols. When I play Po, I look back to my teenage years.”

“Kung Fu Panda 3,” the return of DreamWorks Animation’s international franchise after a five-year break, again succeeds in drawing frequent laughs and lots of emotion through its portrayal of friendship and loyalty between the Furious Five and Po. 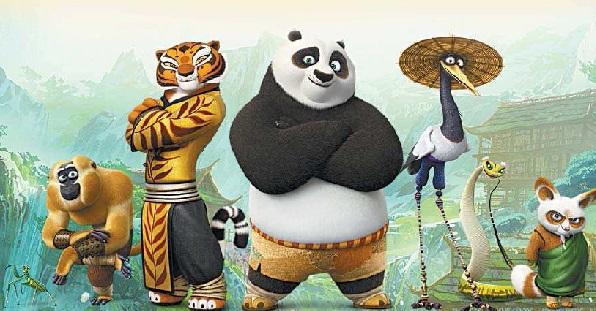 But at the same time, it still offers something fresh, as a new powerful antagonist named Kai rises from the realm of death and intrudes the mortal lands of China, trying to get stronger by soaking up the chi of Po’s friends one by one.

The villain has the shape of a bull, which was intended to intensify the film’s action sequences, explained co-director Jennifer Yuh, who was also at the press event.

“The bull is big and powerful, and he has supernatural power. It was something that Po was completely unable to face,” the Korean-American director said.

In the meantime, Po reunites with his biological father, and is both enthralled and disappointed that he is not the last panda on Earth, and travels back to his hometown hidden deep inside the forest.

There, Po - who has become the Dragon Warrior - tries to find a way to master chi so that he can save his friends locked inside the green gemstones hanging from Kai’s belt.

As usual, the film boasts a familiar all-star cast of voice actors including Angelina Jolie, Jackie Chan and Lucy Liu.

Kate Hudson and J.K. Simmons joined the team for the first time, while the children of Jolie and Black participated as the voices of the baby animals.

As a result, she continued, “Jack is a potential collaborator. He can actually come up with things that Po can do. So that natural feeling of how Po behaves in the scene is because Po is Jack in those scenes. Jack understands how to spontaneously experiment with Po’s performance. That comes out of knowing the characters so well.”

Jack also revealed how he received help from Yuh in conveying emotions in the voice of Po.

“She would show me these amazing drawings of the way she saw the scenes, and I would see the emotions in the drawings which I would reflect in my voice,” he said.

As famous as Black is for the comedic roles he brilliantly brings to life in films, he is also a joker in real life. Black maintained a stream of witty banter throughout, saying that “eating cheeseburgers” is the key to stay looking younger than he actually is.

When asked about how he feels about the his upcoming appearance on the popular Korean reality show “Infinite Challenge,” the actor replied that he is “scared” but will “face it like a great warrior.”